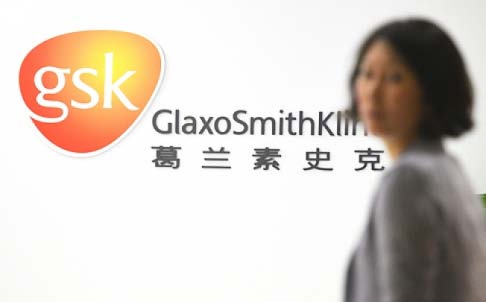 GlaxoSmithKline promotes
drugs for unapproved use
By: Elespectador.com Mon, 07/02/2012 The company will have to pay $3,000 million.
GlaxoSmithKline LLC will pay 3,000 million dollars and will plead guilty to promoting two
popular drugs for unapproved use and for failing to reveal important safety information about a
third drug, said the Justice Department.

It was the largest settlement in history of the United States, derived from a fraud in the health
system.
Along with the criminal case is a civil settlement in which the government said the improper
marketing of the company including physicians being offered expensive hotel vacations,
hunting trips in Europe, well-paid lecture tours and even tickets to a Madonna concert. The
combined penalty, civil and criminal, some 3,000 million dollars will be the largest penalty
ever paid by a pharmaceutical company, said James M. Cole, Deputy Attorney General of the
United States. The corporation also agreed to be monitored by government officials for five
years to try to ensure compliance within the company, said Cole. "Let me be clear, we will not
tolerate fraud in the health system," Cole said in a press conference in the Department of
Justice. He did not say whether a company executive was under investigation. The pharmacist
pleaded guilty and the sentence must be approved by a federal court in Massachusetts. "For
too long we have heard that the pharmaceutical industry believes that these agreements are just
the cost of doing business, he told a press conference Stuart F. Delery, chief of the civil
division of the Department of Justice. "This government is committed to using all available
tools to defeat health care fraud." Delery said: "Today's resolution not only seeks to punish crime
and recover the money of taxpayers, but to ensure future compliance with the law by GSK. " He
noted that a similar agreement recently with Abbott Laboratories also included monitoring
compliance with the law.
Pfizer to pay $1.3 billion criminal fine for misbranding its
drugs
NaturalNews.com , Monday, October 19, 2009 by: Mike Adams, the Health Ranger,
NaturalNews Editor
In the largest criminal fine ever levied against any drug company in the world, a unit of U.S.-
based Pfizer, Inc. was sentenced to pay $1.3 billion in criminal fines and revenue forfeiture.
It's all part of a $2.3 billion settlement announced by the Justice Department. The case centers
around Pfizer's criminal "off-label marketing" of four drugs, including the painkiller Bextra.
After whistleblowers filed lawsuits in three states, the U.S. Justice Department took an
interest in the case and prosecutedfor criminal acts.
In the settlement, Pfizer admitted to a felony crime and agreed to pay $2.3 billion in fines and
other fees. The investigation of Pfizer reportedly turned up evidence that Pfizer engaged in
kickback payments to doctors for ninencluding Viagra and Lipitor.
Part of the reason the penalty against Pfizer was so large is because the company was
considered a "repeat offender" in promoting drugs for unapproved uses (which is a violation
of federal law).
Off-label marketing makes a mockery of
modern medicine
So-called "off-label" marketing of drugs is rampant in thlthough
the FDAand many conventional doctors claim the drug industry is guided
by a "gold standard" of scientific scrutiny, the truth is that pharmaceuticals are routinely
marketed and prescribed for health conditions for which they have never even been
studied. much less actually approved by The fact that this continues today makes
a mockery of any "scientific credibility" the pharmaceutical industry claims to possess.
Drug companies take advantage of this gaping hole in regulatory oversight by getting their
drugs approved by the FDA for one health condition, then heavily promoting it for numerous
unrelated conditions. A drug approved for high blood pressure, for example, could be openly
marketed for diabetes or Alzheimer'seven though there is no evidence whatsoever
showing the drug to be either safe or effective for such conditions.
The same is true with the intended demographics of pharmaceuticals: Drug companies often
get their drugs approved for adults, then they market those drugs to children even though the
drugs have never been tested with children.
The result is a pharmaceutical industry that appears to be highly regulated, but isn't. Virtually
any drug can be pushed for any disease for almost any reason -- all with virtually no
oversight by the FDA. In fact, in this Pfizer case, even with the Justice Department filing
criminal charges against Pfizer, the FDA has stood by and done absolutely nothing to prevent
such actions from being repeated in the future by Pfizer or another drug company.
Sources for this story include:
Bloomberg

Levetiracetam Oral Solution USP (lee'' va tye ra' se tam) Read this Medication Guide before you start taking levetiracetam oral solution and each time you get a refill. There may be new information. This information does not take the place of talking to your healthcare provider about your medical condition or treatment. What is the most important information I should know about