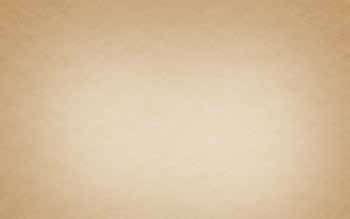 "GRDC Project UA00124 – Understanding and management of resistance to Group M, Group L and Group I herbicides" The Australian Glyphosate presents a summary of the research on Sustainability working Group had how to keep those fence lines free of INDEX FOR THIS ISSUE
its annual face-to-face meeting in resistant weeds.
Adelaide last August and discussed a range of topics critical to keeping There is a lot of pressure on farmers to glyphosate effective across a range optimise their time when spraying so of areas, not just broadacre cropping. multiple mixes in the spray tank are one approach. This can become a nightmare The Group heard how the managers if there is any incompatibility leading of South Australian roads are dealing to poor weed control and blockages in with widespread glyphosate resistant weeds, which pose a safety hazard to the sprayer. Dow formulation chemist drivers and threaten adjacent farmland. Rob Buttimor gives us some practical advice to avoid any stuff-ups.
It looks like they are getting the upper hand which is great news. Also a senior In many parts of this great nation viticulturalists with the Australian Wine of ours the weeds are growing and Research Institute brought the group robbing us of valuable soil moisture up to date with how the grape wine which can greatly affect sowing times industry are managing glyphosate and final winter crop yield. The GRDC resistance across the highly variable has release a new publication which wine regions of Australia. What was gives you all the information needed clear was that there is no one approach to get the best control of summer and each area uses different strategies fallow weeds.
to manage their weeds. While these presentations talk about diversity While on this topic it is useful to note of management the Group also had that one company has put in the work discussions with companies about to and updated their fallow herbicide introduce crop cultivars with "stacked" labels to include application using the resistance traits. These are closely Weedseeker™ and WeedIt™. controlled and monitored in Australia and the aim of the discussions was to look at a standard approach to minimising resistance risk in weeds when using these technologies.
In this edition of Giving a RATS we discuss how ryegrass ergot has given southern Western Australian farmers an opportunity to figure out which of There is no such uncertainty as
their herbicides is still effective before the plant the 2015 crop. With the a sure thing.
widespread adoption of dry seeding this is an opportunity that should not Robert Burns 1759 - 1796 After three years of research and plenty of media, Sally Peltzer from the Department of Agriculture & Food WA 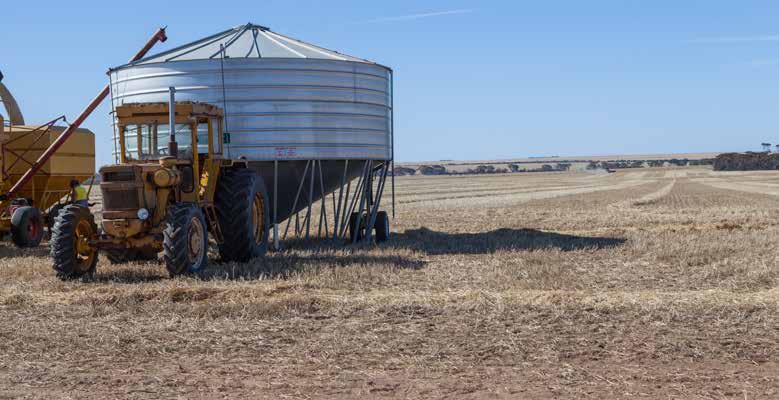 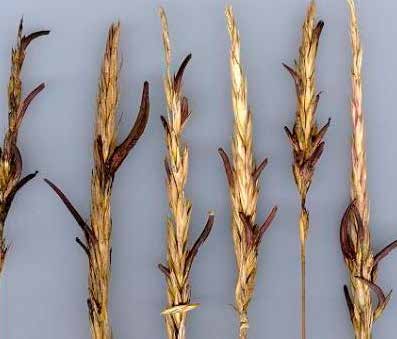 OF ST ANTHONY'S FIRE AND KNOWING IF YOUR HERBICIDES STILL WORK
While rainfall totalling over 200 mm across parts of southern If your post emergent herbicides don't work, you had better Western Australia in late spring created widespread ryegrass make sure you are seeding into weed-free paddocks.
ergot problems at harvest it could provide a real boon for farmers. Strict grain receival standards limiting the amount ver the past two years have of ergot forced many farmers to grade grain before delivery shown over 40 per cent of paddocks tested have some level resulting in remnant heaps of weed seeds. The reason for of glyphosate resistance.
strict standards is that ergot contamination of flour causes This indicates we are close to a tipping point when a horrible disease known in the Middle Ages as St Anthony's glyphosate resistance is likely to start becoming obvious in cropping paddocks. Figure 1. Seed grading to reduce ryegrass ergot in the grain sample, southern WA. Source: AGRONOMO Ergot contamination of grain however presents growers with a valuable opportunity as many large heaps of ergot and weed seeds such as ryegrass, brome grass and wild radish sit in the corners of paddocks around their farms. These heaps give farmers a chance to test for herbicide susceptibility before the coming season.
Currently only a small percentage of growers test weeds for herbicide susceptibility and the gradings from ryegrass ergot presents them with a ready source of seed to see which of their herbicides still works. Surveys of agronomists and farmers have found that one of the reasons for low levels of testing is that growers are too busy to collect samples before or at harvest so this is a chance not to be missed.
Growers need to know which herbicides are still effective on their major weeds so testing your most commonly used herbicides is a good start. Further advice on which herbicides to get tested should be done with your adviser and the testing service that you plan to use.
If you are a fan of ‘dry seeding', and many WA growers are, Figure 2. Ergot in cereal rye. Source: www.plantsincivilization.wordpress.com knowing if your herbicides still work is particularly important. Page 2 Edition 11 Summer 2015 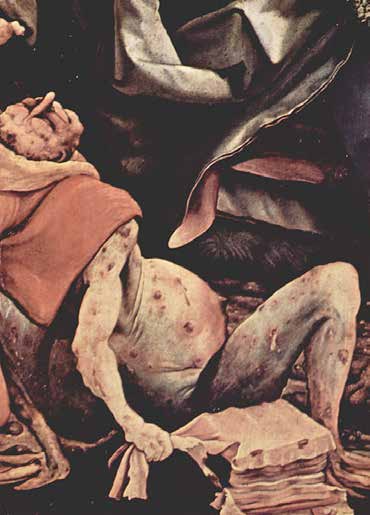 OF ST ANTHONY'S FIRE AND KNOWING IF YOUR HERBICIDES STILL WORK
A History of Saint Anthony's Fire
On 15 August 1951 one in twenty of the
4000 inhabitants of another village in France called Pont Saint Esprit (Bridge of the Holy Spirit) went mad. They had hallucinations, writhed in agony in their beds, vomited, ran through the streets and suffered terrible burning sensations in their limbs. They were suffering from St Anthony's Fire, a dreaded illness that was common in the Middle Ages. The cause was poisoning from rye ergot, a fungus that contaminated the rye flour used in making bread. In the Middle Ages, the gangrenous poisoning was known as "holy fire" or "Saint Anthony's fire", named after monks of the Order of St. Anthony who used to treat this ailment along with ‘the plague'.
Ergot contains a chemical that gives the sufferers hallucinations and causes gangrene of the hands and feet due to constriction of blood supply to the extremities. If it is not treated victims had the sensation of being burned at the stake, before their fingers, toes, hands and feet Figure 3. Part of the Isenheim Alter painted by Matthias Grunenwald circa 1512 showing a victim of St Anthony's fire – ergotism. Source Wikipedia Knowledge is power, so now is the time to find out what you Ergot contains ergotamine. In moderate are dealing with.
doses, ergotamine causes the contraction The two weed seed testing services available in Australia of smooth muscle fibres, such as those in are provided by Peter Boutsalis' Plant Science Consulting small arteries. Ergotamine has been used (PSC), in South Australia, and John Broster at Charles Sturt to control haemorrhage (bleeding) and to University (CSU), in NSW. promote contraction of the uterus during They take mature weed seeds collected during or after childbirth. It is also used to treat migraine harvest, grow these out in controlled environments from headaches (its major use today). December to February, treat the weed plants with the herbicide/s requested by the grower and then assess survival.
In large doses, ergotamine paralyses the motor nerve endings of the sympathetic More information about these services is available at: nervous system. The disease ergotism (St. Anthony's fire) is caused by excessive intake of ergot, usually by eating baked It is recommended samples are sent before the end of goods made with contaminated flour, January (in paper bags/envelopes - not plastic) so results are as happened in the Middle Ages. Acute available before the beginning of the cropping season. and chronic ergotism are characterized DAFWA ergot information by mental disorientation, convulsions, muscle cramps, and dry gangrene of the University of Nebraska ergot fact sheet Page 3 Edition 11 Summer 2015 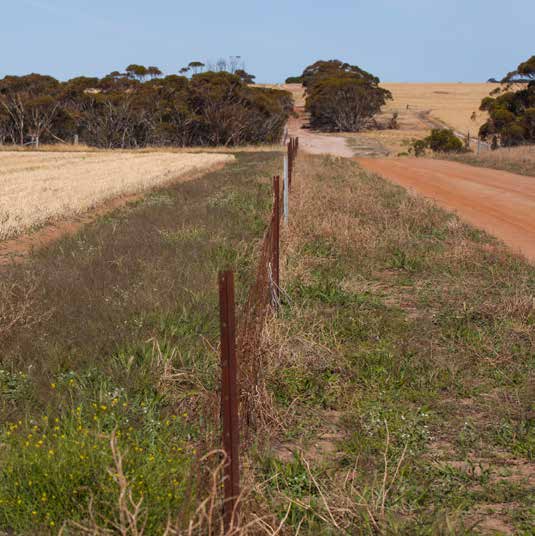