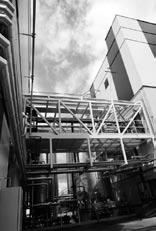 N e w s l e t t e r
vol. 10, no. 4 - 2007 "the recent initiative of EU Commission to identify "lead markets for biobased products" has shown that there is a need for realistic surveys in the EU-markets for RRMs and RRM based products.
In the last edition of Green Tech letters 3/2007 the French Agency ADEME published the results of the ALCIMED survey on existing markets and future perspectives in France.
✔ International opportunities In the Green Tech letter 4/2007 ERRMA publishs the results of the for Bio-based products p.1 market survey in Germany, summarised by FNR in Germany.
In order to compare these both surveys on market perspectives the ✔ Market Analysis Renewable methodologies follow the same principles.
Resources - Which markets, It is our aim to motivate EU-Commission to broaden such a study resources and products are These surveys give first indication also for the governments how to adapt the political frame work to develop these markets.
✔ Roquette: New Industrial production of Isosorbide p.8 Dietrich Wittmeyer, general Secretary of ERRMA"
International opportunities for Bio-based
products.
The symposium "Bio-based Business: Crossing borders"
which was held on November 13 in Ede, The Netherlands
attractedmore than 60 delegates from mainly SME
companies. These companies were interested in
identifying opportunities abroad for new products based
on renewable raw materials and what support is available
to increase their chances on market success.
The meeting made clear that an international orientation could be very lucrative fo Dutch companies. Export of in particular SME companies is rapidly growing and has an even larger potential, according to a recent report of the EIM Business & Policy Research 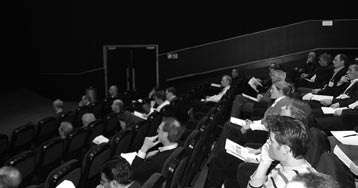 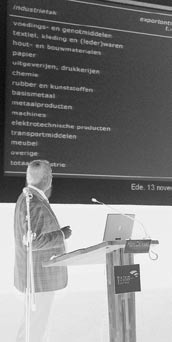 ➤ International
opportunities for
Analysis
Institute. Also the market expectations opportunities and market outlets abroad but for bio-based products in neighbouring also had the experience that it takes a lot countries like Germany France and the UK of energy enter such markets. In particular are very promising (see e.g. reports in this it appeared necessary to thoroughly study and the previous issue of the GreenTech market peculiarities as well as to gain a good newsletter). Speakers were convinced that understanding of different international in bio-based business an international corporate cultures of the target countries. focus is warranted for both raw materials Help from experienced colleagues or experts procurement and end-product marketing.
can accelerate this process tremendously.
Also Wijnand Schonewille of the Port of Help in international orientation can be Rotterdam illustrated the international manifold and can be obtained from several character of biomass transport logistics. With governmental, NGA, and commercial the Port of Rotterdam as Europe's largest sources. It could include opening up new harbour The Netherlands could play a pivotal markets and (company) networks, like role in biomass and bioproducts streams in India, where Maarten van Dongen of as well as in adding value to biomass raw Bioport Europe is active and available for materials by local processing.
assistance. Also financing of increased activities due to international ventures is During the symposium 4 entrepreneurs often a critical factor. One source of funding presented their experiences and best such activities was presented by Coenraad practices in becoming active in international de Vries of StartGreen: a venture capital markets. Many "do's and don't's" were fund that is ear-marked specifically for bio- presented by companies in the fields of based ventures and has a low entry barrier injection molding biopolymers (Poly-one due to governmental support through the and Hy-cail), bio-based industrial cleaning Technopartner programme. On behalf of agents (Eco-point), specialty chemicals the EVD (Dutch Agency for International and biofuels from algae (Ingrepro) and Business and Cooperation) Marieke Vossen agrofiber reinforced construction materials presented several instruments, such as (GreenGran). Each of the presenting providing market information from many entrepreneurs had identified many different countries and also by providing SME's easy participation in economic trade missions. Such trade missions, headed sometimes by royalty or ministers, can be of valuable help in opening doors that otherwise might have stayed shut. Also the EVD can help SME's financially with their international commercialisation plans.
During the breaks and also after the meeting many companies have made new (commercial) contacts. From the response of meeting delegates it was clear that these new contacts may very well lead to new bio-based initiatives.
Prof.dr. Hans Derksen
President Platform Bio-based Business
also had the experience that takes trade missions, headed some in international orientation can be manifold and source of fund carried out by three institutes with compr 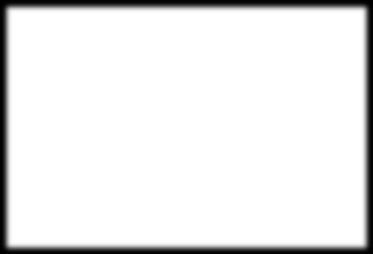 hich mark Aets ,
Rlubricants • chemistry • colors & paintsR The German Federal Ministry of Food, Agriculture and Consumer protection
(BMELV, german abbreviation) had commissioned a study to analyse and
assess all markets for renewable resources. The overall objective of the
• cosmetics & pharmaceutics • paper, paperboard & cardboard study was to identify the most promising markets, and to develop strategic
• packaging products • moulding & natural fiber reinforced recommendations for the Government and the respective agencies, in
particular the Agency for Renewable Resources (FNR). The identification of the
• building materials & furnitures most promising markets allows a concentrated use of public funds for market
Within these markets again, several support activities and market introduction measures.
renewable resources and products were analysed. All markets were analyzed in a similar systematic approach with similar The study started in spring 2004 and representatives. Several interviews and indicators to facilitate an easy comparison of was carried out by three institutes with workshops with representatives of various the different markets.
comprehensive expertise in the different associations, industrial and trade companies, The valuation was carried out on the basis markets (Faserinstitut Bremen, Institut für and agricultural organisations have been of general economic criteria like extent, Energetik und Umwelt, meó Consulting organised. This approach ensured a practical growth, expectation of profits, tensity of Team). The overall project management was approach and avoided an "ivory tower study". competition, market access, necessary carried out by meó consulting team.
Customer requirements served as starting investments and sales potential. Also the point for all market assessments.
quality of the product, value for money In the first phase of the project, all markets The following markets were examined: and connections to markets and customers for renewable resources have been assessed, • electric energy played a role for the rating.
based on an examination of relevant • thermal energy literature and discussions with industry In Phase 2 of the project, selected markets have been assessed more in detail, and in phase 3 recommendations have been elaborated.
In 2006, the first part of the market analysis (phase 1, analysis of all markets) was published by the Fachagentur Nachwachsende Rohstoffe (FNR), the project promotion agency of the BMELV, who had been supervising the study. In 2007 the second part (phase 2 results) followed1.
Results
In general, the study-authors arrive at the
conclusion, that the different markets
are very heterogeneous, regarding their
competitivness and attractiveness (Figure 2).
1 "Marktanalyse Nachwachsende Rohstoffe", Teil I und II, FNR, 2006 bzw. 2007, to order on www.fnr.de, menu "Literatur" carried out by three institutes with compr trade missions, headed some industrial and trade companies and agricultural organisa have been assessed more in detail, and in phas 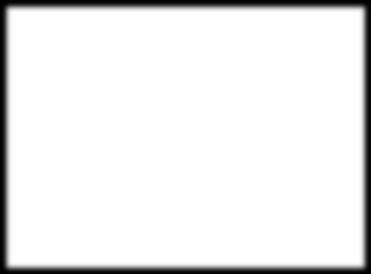 ➤ Market Analysis
Some more detailed results are: competitiveness. Wood chips and logs • The energy markets are the most still offer additional potential in the attractive ones. They should form production of heat.
the main focus of political support Bioethanol and medium-term BtL are activities, due to their extent, the high the fuels with the highest growing growth rates of renewable resources potential, but necessity for support in this field and their contribution exists for both products along the to greenhouse gas savings and whole value chain. The aim is to sustainability. Last not least the high improve the competitiveness and oilprices, increasing demand and the to create an adequate legal and narrowness of oil reserves are playing regulatory framework for the outlet an important role for the positive markets. In contrast the market for dynamic of these markets. Biodiesel is in a much advanced stage. Within the field of electricity, power Biodiesel has achieved already high derived from biogas from renewable market shares and overall, Germany resources has the highest dynamic is globally the largest biodiesel of growth, thanks to the Renewable Energy Law. Generally, electricity • The market volume for renweable generation is characterized through resources in the chemical industry is a relatively high competitiveness of already today high. Sugar and starch german renewable resources. are the most important resources. The The same applies in the field perspectives for the future are positive, of thermal energy - german but the promotion should focus on renewable resources have a high selected segments, f.ex. on the field markets are the most attra last not least the high oilprices biotechnology, instead is in a much advanced stage. Biodiesel experiencing a growing demand, but the 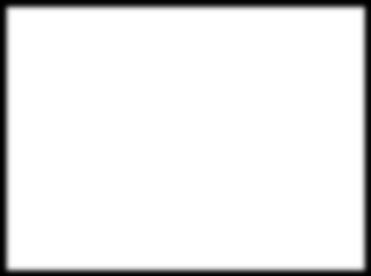 ECH GENERAL ASSEMBLY – XVIII Symposium of GIRI 12 to 14th of November 2004 Scientific Report Evidence profile for the efficacy of homeopathy – A new paradigm for medical sciences: "The Body Information Theory". First question addressed: The activity of very highly diluted preparations. Homeopathic practitioners will argue that the use of preparations that are diluted beyondAvogadro's number (i.e. potencies greater than C10) happens in only 25% of the prescribedhomeopathic medications. Nevertheless, for some people this question is the most importantobstacle to the acceptance of homeopathy.

By Xiaoni Zhang and Victor R. Prybutok MARKETS DIFFER IN CHINA, THE U.S., AND EUROPE Market differences include communications standards, price structures, government regulations, customer demographics, usage patterns, business potential, and technology adoption strategies. Despite the 2001 downturn in the global telecommunica-tions market, the mobile penetration rate in China is increas-ing due to the elimination or reduction of mobileconnection fees. The mobile market worldwide is dynamicin terms of technology development, and competition isaggressive. The potential size and growth rate of the Chinese,U.S., and European mobile markets warrant examination ofthe state of their wireless development. Here, we explore thatgrowth by examining the differences among the threeregions, especially those in mobile consumer demographics,Short Message Service (SMS) usage, and 3G technology.