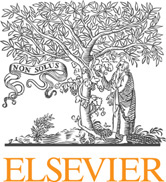 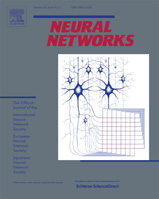 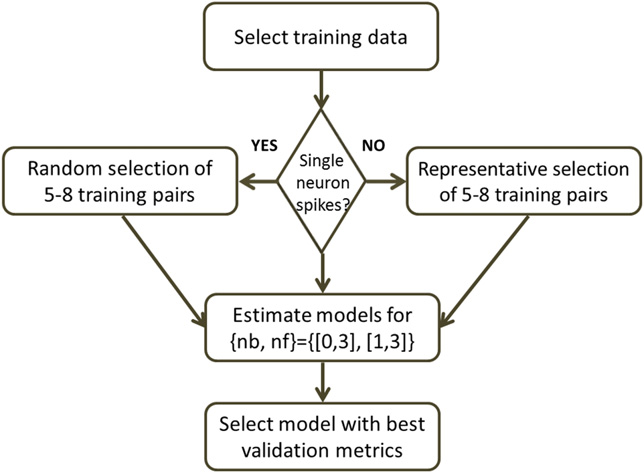 K.P. Michmizos et al. / Neural Networks 36 (2012) 146–156 such a H–W model is represented in Z space by v(k) = f (u(k)) z−1 + · · · + γ z−nb v(k) = v(k) a′ + β′z−1 + · · · + γ ′z−nf y(k) = h(w(k)) where u ∈ is the input (the LFP and the background noise) to the entry module of the model. Input u is passed through thenonlinear mapping f (u) to give the input v ∈ dynamic block (Eq. In Eq. parameters α, β, . . , γ , and α′, β′, . . , γ ′ are the polynomial coefficients for the numerator, B,and the denominator, F , of the linear dynamic block, respectively,nb and nf being the order of B and F , respectively. In Eq. w ∈ R is the output of the linear block which is passed through thenonlinear mapping h(w) to give the output y ∈ p R of the model.
2.3. Identification of the H–W model Fig. 1. Schematic representation of the identification steps for a MER-specific
model.
Recording-specific models were identified using an iterative w, included a percentage, p, of the samples before the time of the prediction-error minimization method. The nonlinear functions peak and 1 − p of the samples after it. Selection of p and w will f and h and the LTI were adjusted to the data to minimize the be discussed in Section Each of the training pairs was visu- simulation error signal, expressed as ally inspected to avoid the presence of a second spike in the train- ing pair. In single-neuron MERs, selection of the LFP-spike training (y (u, t) − ϕ(t))2dt pairs was random and a model of a single neuron was estimated. In the multi neuron category, we applied K -means clustering via prin- where ϕ was a scalar function representing the binary spike signal cipal component analysis to relate each spike to a specific neuron.
over time, t. The integral was discretized using the Gaussian Then the pairs were chosen in analogy to the percentage of each quadrature formula and Eq. was formulated neuron's spikes present in the recording. For example, for a MER in as a least squares problem: which 2 different neurons were firing with almost equal rhythm, the training data would be composed of half pairs that belong to F (u) = min f (u) = the first neuron followed by the other half pairs belonging to the i) − ϕ(ti))2 second neuron. In other words, in multiple-neuron MERs, a modelwas estimated, as if there was a single neuron firing all the spikes where y and ϕ included the weights of the quadrature scheme and that we recorded from the 2 -or more- neurons. The steps for pa- the interpolating function, x, is a polynomial of degree 2m − 1 or rameter estimation are summarized in less. The residual ∥F (u)∥ was likely to be small at the optimum, Typically, model orders and delays were selected by trial and if we had set realistically achievable target trajectories. Follow- error until a model that produced a satisfactory fit to the data was ing initialization, the optimum model parameters (Eqs. found. A satisfactory model predicted at least 50% of the recorded were estimated using a prediction-error minimization method as spikes in a 1 s segment of the validation data, without fabricating follows. If we denote the m-by-n Jacobian matrix of F (u) as J(u), more than 10% of non-existent spikes. Piecewise linear functions, the gradient vector of f (u) as G(u), the Hessian matrix of f (u) as known to provide the means to represent any nonlinear function, H(u), and the Hessian matrix of each Fi(u) as Hi(u), we have were used to approximate both f and h. The number of linear G(u) = 2J(u)T F (u) segments was kept equal to 10. Thus, only nb and nf needed to beestimated a priori. The ranges of their values were [0, 3] and [1, 3], H(u) = 2J(u)T J(u) + 2Q (u), respectively. Consequently, 12 H–W models were identified, using where Q (u) = m F the same LFP-spike training pairs.
i(u)Hi(u). The matrix Q (u) has the prop- erty that when the residual ∥F (u)∥ tends to zero as u Two iterative searching algorithms were used to estimate the k approaches the solution, then Q (u) also tends to zero hold Thus model parameters (Eqs. under the assumption that the when ∥F (u)∥ was small at the solution, a Gauss–Newton direction parameters remained constant over the time of the recording. Pa- could be used for the optimization procedure rameters were initially set to 0 and a maximum of 50 iterations Hence, a search direction, d of the adaptive Gauss–Newton prediction-error minimization k, was obtained at each iteration, k, that was a solution of the linear least-squares problem: method with no robustifi-cation, were used to train the model (Eqs. The iterative dk = min ∥J(uk) − F (uk)∥2.
search was terminated when the expected improvement of the pa- rameter values was less than 0.01%. When the second-order termQ (u) is significant, the Gauss–Newton method does not result into 2.4. Parameter estimation process a valuable model. This was the case when the model was overpa-rameterized or the data was not informative enough and the as- Each model was trained in a predefined MER segment with sumption of invertibility for input and output nonlinear functions a process that depended on the number of different neurons did not hold (see This situation was identified when recorded. The first 0.5 s for each [VL, VS] pair was detained for either dk went below e−15 or when the condition number of J(uk) model training and the remaining 9.5 s of the data were used was below e−10 and the Levenberg–Marquardt method for validation. For each spike present in the first 0.5 s of the VS, was chosen as the iterative searching al- a window was applied to both VL and VS. The window, of length gorithm. The condition number of a matrix is the ratio of the largest 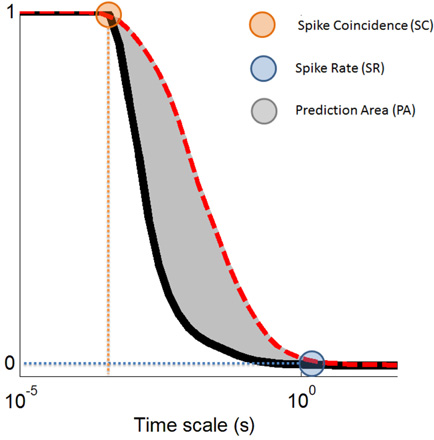 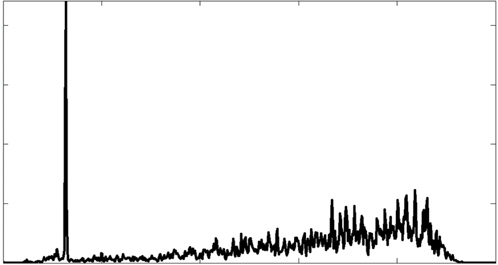 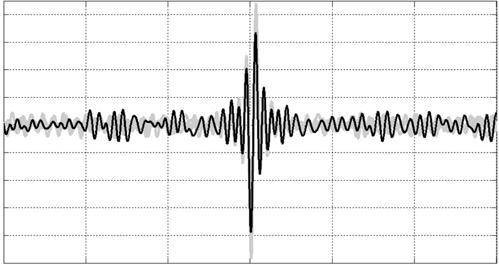 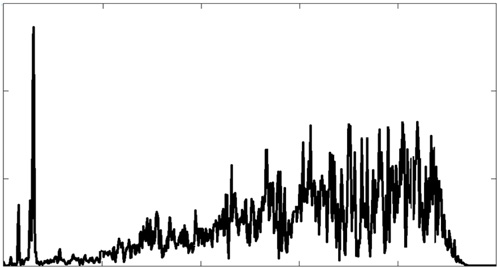 K.P. Michmizos et al. / Neural Networks 36 (2012) 146–156 ed LFP (SDU) -0.2 Fig. 3. Spike–LFP relationship for electrodes positioned inside the STN of 2 patients (a) STA-LFP. Amplitude is in standard deviation (SD) units. Superimposed (thick grey
lines) are the STAs computed for all LFPs from the same nucleus. (b) PSD estimate via Welch's method for the LFP on its left. (c) STA-LFP from a different patient. SD of the
resulting STA was calculated as in B. Superimposed (thick grey lines) are the STAs computed as in A. (d) Same as B.
3. Results
and 0.3, respectively. A typical value of w = 120 samples andp = 0.5 was used throughout the simulations in this study. For Computer simulations were performed to evaluate the identi- the LFPs, power spectral density (PSD) was also estimated using fication methodology and the validation metrics. Thirty one MERs, the Welch's method. LFPs were divided into 8 sections with 50% acquired from the sensorimotor areas of 5 STN (3 patients), were overlap, each section was windowed with a Hamming window and the modified periodograms were averaged. PSDs of the MERsunder study revealed that there is a characteristic – for PD – beta 3.1. Spike triggered average of the STN-LFP band peak and (d)) in the LFPs. Such a peak was absent inrecordings acquired from outside the STN borders (p < 0.05).
Local neuronal synchronization was determined using the spike-triggered average (STA) of the LFP. The relationship between 3.2. Single neuron spike prediction STN spike activity and the underlying LFPs is visualized in The processing of MERs, acquired from 2 subjects, is plotted. Data Validation results after each step of the identification process in upper figures received from Subject 2, left STN, central electrode, are shown in for a single neuron MER. Data received from 1 mm below the theoretical target. Data in bottom figures received Subject 3, left STN, lateral electrode, 1.5 mm below theoretical tar- from Subject 3, left STN, lateral electrode, 1.5 mm below theoretical get. Seven LFP-spike pairs, with w = 120 samples and p = 0.5, target. For each spike, we obtained the LFP segment for a short time were recruited as the training data. Models were validated with re- window (±0.15 s lag) around that spike and then we averaged over spect to the mean rhythm mean squared error, MSE, and 2 metrics, those LFP segments. For significance levels, ISIs were randomized namely the r and the RoA (see Section A 3rd order polyno- and the SD of the resulting STA was calculated. Any components mial was fitted to the data in a least squares sense and overlaid on of the LFP that were not consistently phase locked to the spikes each plot. The general trend of the parameterization of the LTI sys- averaged out and are not visible in the STA. If spike times had tem, for each MER, could then be assumed. In this example, models no temporal relation to the LFP activity of surrounding neurons, with nb < nf resulted in a poor spike prediction. On the contrary, fluctuations in the LFP would average out during STA compilation, models with M2 , n resulting in a flat STA. The STA-LFP fluctuation indicates that spike ≤ 2 predicted the spike activity with great times have a reliable temporal relation to the LFP. In and accuracy (MSE < 0.75, r ≥ 0.8 and RoAs ≤ 0.6). Other models, (c), one notes a sharp negativity at spike position (at zero lag) e.g. M3, took advantage of the refinement process and stabilized and a prominent upswing for negative and positive time lags, i.e., their performance near a constant value for each metric. This was right before and after a spike occurred. The negative spike in the also observed in most of the models in which nb + nf ≥ 3. That STA as a response to spikes was common among electrodes and being said, an over-parameterized model resulted in a poor prog- patients. The presence of the zero-lag peak in all recordings is an nosis (e.g. M3 and M3). Thus, to avoid overfitting the model to the indication of a linear relation between spikes and LFPs, since the training data, we kept the smallest possible parameter values that STA is equivalent to computing the cross-correlation between the gave good results. In the case presented here, one of the M2 models binary output and the input (LFP) (for a proof see was selected as the optimal model.
The STA fluctuation Four of the sequentially estimated M2 models, shown in duration (<0.02 s) and the zero lag STA peak restricted w to be are presented in A visual comparison of the prediction less than 240 samples and p equal to 0.5, respectively. But in for one of them (the ‘‘third'' M2) reveals the model's ability to practice, w and p were found sufficient to be as low as 90 samples predict the overall structure of the spike train The 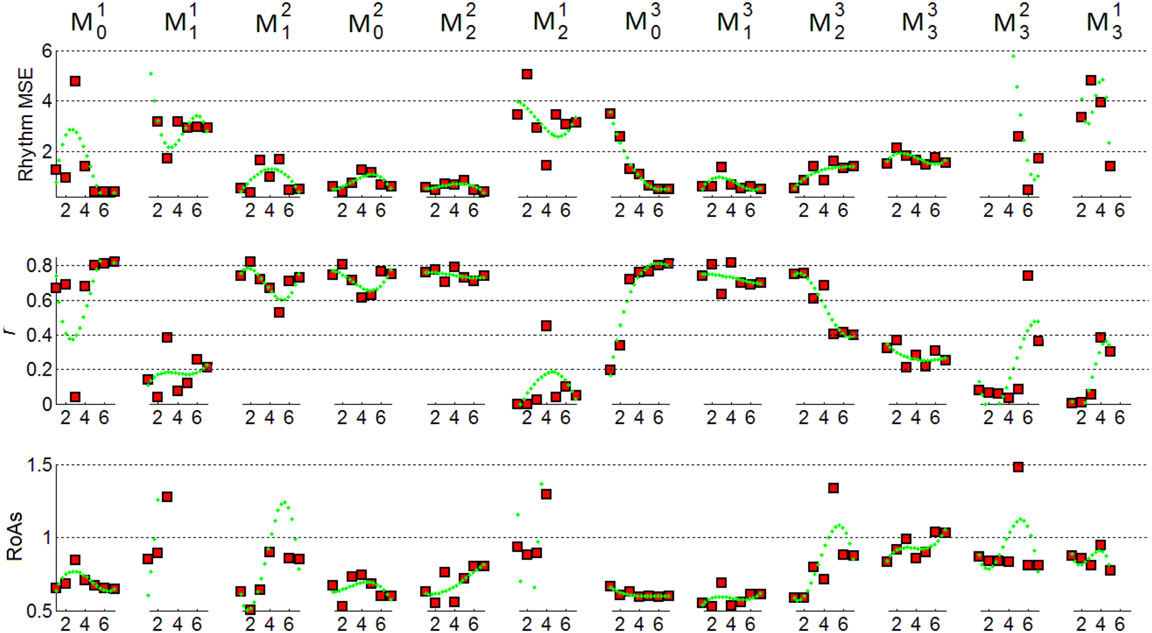 Informational Shocks, O-Label Prescribing and the Eects of Physician Detailing Bradley T. Shapiro∗ This Version September 1, 2015 (Preliminary Version. Comments Welcome.) Promotional strategies employed by pharmaceutical rms to convince physicians to prescribe their products are the subject of considerable regulatory scrutiny. In partic- ular, regulators worry that rms may use sales reps to try to convince physicians to

Hong Kong NAME OF THE MEDICINE Human prothrombin complex, powder for injection. DESCRIPTION Prothrombinex®-VF is a sterile freeze-dried powder containing purified human coagulation factors II, IX and X and low levels of factors V and VII. It is prepared from blood collected from voluntary donors. The concentrate is prepared by adsorption of coagulation factors from plasma onto an