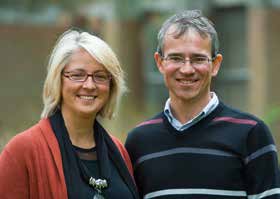 Prof. Marina (Nina) A. G. von Keyserlingk and Prof. Daniel M. Weary Daniel M. Weary (B.Sc., M.Sc., D. Phil., Professor) and Marina A.G. von Keyserlingk (B.Sc., M.Sc. Ph.D., Professor) are NSERC Industrial Research Chair holders at The University of British Columbia and are recognized internationally for their research and outreach in animal welfare science.
Dan is originally from the Province of Quebec, and did his B.Sc. and M.Sc. degrees in Biology at McGill University before moving to the UK to do his doctoral studies in animal behavior at Oxford University. Dan worked as a research scientist for the Canadian government before moving to UBC in 1997 to co-found the University's Animal Welfare Program.
Marina's love of animals began while growing up on a beef cattle ranch in British Columbia. She completed her undergraduate in Agricultural Sciences at UBC, her M.Sc. at the University of Alberta and Ph.D. in Animal Sciences at the University of British Columbia. Marina worked as a research scientist in the animal feed industry for 6 years before joining UBC's Animal Welfare Program in 2002.
Dan and Marina direct an active group of researchers working on a variety of problems in animal welfare and they are frequent speakers for profes-sional audiences on this topic. Dan and Marina are the proud recipients of the 2013 Metacam 20 Bovine Welfare Award.
Knowledge and perceptions of
cattle welfare among animal
health professionals
Identifying shared and divergent stakeholder concerns regarding farm animal welfare
Marina A.G. von Keyserlingk and Daniel M. WearyAnimal Welfare Program, Faculty of Land and Food SystemsUniversity of British Columbia, Canada Concern about the welfare of food animals is on the basis that that this interferes with the not new; producers and veterinarians have long natural cow-calf bond and results in separation been concerned about the condition of animals in their care and have tried to ensure that they are healthy and well nourished. In the tradition A survey of over 25,000 Europeans citizens of good animal husbandry, good welfare is often found that they largely regard farmers as the seen as maintaining production and the absence individuals responsible for ensuring farm animal of illness or injury. However, concerns about the welfare. However, for farmers to safeguard soci- proper treatment of farm animals also include etal values around animal welfare would require affected states like pain and distress that the that they are aware of and share the values of animals might experience as a result of proce- other citizens on this issue. Research of farmer dures like castration and weaning, and concerns attitudes shows that the reverse may be true; about the lack of naturalness, such as the farmers often discount the views of non-farmer inability to perform natural, motivated behaviors citizens on the basis that these individuals are like grazing when kept in confinement housing sometimes ignorant of farm practices (Benard (Fraser et al., 1997; von Keyserlingk et al., 2009).
and de Cock Buning, 2013). The results of a number of studies indicate that there is a At least some disagreements about animal disconnect between farm animal stakeholder welfare are due to differences in how individuals groups (who have strong ties to the food animal value these different types of concern. For production) compared to those who are more example, an individual who highly values health distant from the production cycle. For instance, and functioning outcomes may argue in favor citizens and farmers differ in the relative of early separation of dairy cows and calves, on importance they ascribe to the animals' ability the grounds that this reduces vertical transfer of to engage in natural behavior, pain and stress pathogens and thus improves calf health. How- (Te Velde et al., 2002; Vanhonacker et al., 2008). ever, others may disagree with early separation Contrary to citizens' views (Vanhonacker et al., 7th Boehringer Ingelheim Expert Forum on Farm Animal Well-Being 5 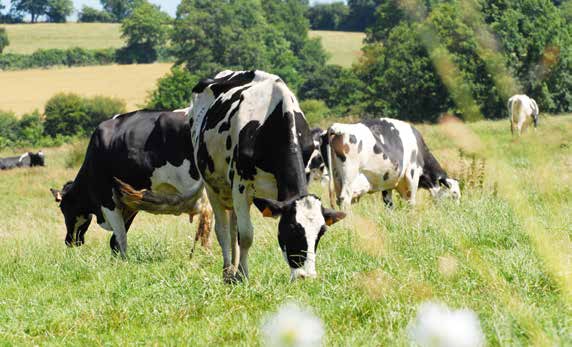 2009; Fredriksen et al., 2011), farmers (Te Velde veterinarians believed that farmers prioritize et al., 2002; Tuyttens et al., 2010; Spooner et al., production and profit, while farmers believed 2014) and industry specialists (Cantrell et al., that they placed their highest priority on team- 2013) tend to associate animal welfare mainly work and animal welfare. from the perspective of the animal's health and biological functioning. For instance, intentionally Building consensus on animal welfare issues, causing pain to another creature is considered between key players including farmers, citizens, highly anti-social in mainstream society, but government, and industry representatives, must many pig farmers consider surgical castration become a priority (Poletto and Hötzel, 2012). Fail- of piglets without anesthesia an acceptable ure to do so may result in lost opportunities that practice (Spooner et al., 2012; Tuyttens et al., may have serious repercussions for all stakehold- 2012). In some cases it appears that these dif- ers, including those whose livelihood depends on ferences in values undermine citizen confidence the success of the food animal industries. in livestock producers. For example, Ventura et al. (2013), reported that some citizens who Broad stakeholder input is also required to set opposed cow calf separation at birth believed meaningful goals for research, policy, and pro- that producers were simply exploiting animals ducer innovation that may move us toward more and seeking productivity over welfare. socially sustainable food animal production systems (Swanson et al., 2011; von Keyserlingk Even among individuals associated with et al., 2013). These stakeholder consultations livestock production, different groups may hold must include discussions between diverse stake- contrary opinions. For example, Kristensen holders but also within stakeholder groups. The and Enevoldsen (2008) reported that Danish facilitated discussion that will take place as part 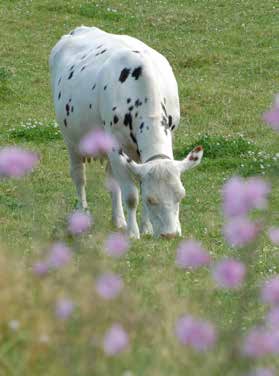 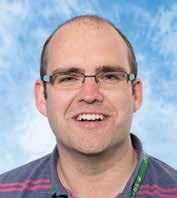 Dr. Kenny Rutherford Kenny is an animal welfare researcher in the Animal Behaviour and Welfare team at SRUC (Scotland's Rural College) in Edinburgh. He completed his PhD in 2003 and since then has worked on various farm animal welfare research projects. These projects have involved on-farm welfare assess-ments of dairy cattle, investigations of the effects of prenatal stress in various livestock species, and work relating to animal pain assessment. How stress during pregnancy affects the offspringKenny Rutherford Animal Behaviour & WelfareSRUC, Edinburgh, UK The prenatal period is important in defining cows to repeated transport during gestation how individuals respond to their environment increased the stress reactivity of their offspring throughout life. Research in farm animal species (Lay et al., 1997). Poor quality animal handling has demonstrated the important role that facilities, or poor stockperson behaviours, may variation in maternal state can have on progeny also increase the stress experienced by cows health, welfare, and production (Rutherford et either during their daily life, or for particular al., 2012). In particular, prenatal stress or poor handling events (such as hoof trimming).
maternal nutrition can affect how well offspring cope with their social, physical and infectious environment during later life. Although, prenatal stress work in cattle has been limited, studies Studies have examined the effects of environ- show that maternal health status and other expe- mental conditions on offspring birth weight and riences of stress in pregnant cattle can affect their other parameters. Calves from dams exposed to progeny (Arnott et al., 2012). Such effects may be winter weather were lighter than those born to an important and overlooked source of variation cows maintained in a thermo-neutral environ- in calf outcomes under commercial conditions.
ment (Andreoli et al., 1988). Alternatively, heat stress can also adversely affect offspring. Tao and Dahl (2013) reviewed studies that have applied Sources of prenatal stress in cattle
heat stress to cattle during gestation; they found that seven out of eight studies identified a signif- Various aspects of cattle production could icant reduction of calf weight as a consequence. challenge pregnant animals, with possible conse- Effects on birth weight have implications for quences for their progeny.
welfare: low birth weight is associated with high neonatal morbidity and mortality rates, and can impair postnatal growth, performance and carcass traits. Prenatal effects of the maternal Common livestock production practices such environment are not restricted to birth weight as handling, restraint and transportation can be however. Calves born to dry cows exposed to stressful for cows, and may have implications for heat stress had a reduced efficiency of transfer of the offspring. For example, exposing pregnant IgG from colostrum to their circulation, and an 7th Boehringer Ingelheim Expert Forum on Farm Animal Well-Being 9