INTERNAL MEDICINE SOCIETY of Australia & New Zealand
From the President. Dear IMSANZ Members, "Another year over and what have we done…?" 2. Reforming the training program with a
sang John Lennon. Answer, in so far as IMSANZ Vice President AUS
view to creating more general physicians.
is concerned: heaps! Everywhere you look There has been a seismic shift in the attitude you see members of this society engaged in a of the col ege towards restoring equity diversity of activities that embody the strength of training opportunities for trainees who and vitality of our discipline. The article in this aspire to become general physicians. This issue from our Pacific correspondent, Dr Rob is in no small way due to the efforts of Les Moulds, is a terrific il ustration of just how Bolitho, Rick McLean and Geoff Metz who, Simon Dimmitt, WA important (and interesting) the practice of at senior levels of the col ege hierarchy, internal medicine is in countries such as Fiji. have brought an awareness (and increasing And we are no less active here in Australia Mary-Ann Ryall, ACT acceptance) of the need for a more even and New Zealand, as the following examples balance between the numbers of general physicians and pure subspecialists. At the level of curriculum development, Phil ippa 1. Creating new career opportunities for
Poole, Andrew Bowers, Peter Greenberg and general physicians. Just scan the RACP
Leonie Cal away have designed a curriculum and IMSANZ websites to see the numbers that, for the first time, explicitly states the Christian de Chaneet, WA of new positions for consultant general knowledge, skills and attitudes of general Michele Levinson, VIC physicians that are springing up everywhere physicians which wil guide the way training in throughout Australia and New Zealand. general medicine is provided and assessed. Vacancies exist in Bathurst, Gold Coast, David Hammill, NSW At the level of hospital training programs, Hervey Bay, Grafton, Wool ongong, Armidale, efforts are being taken by folk such as Peter Newcastle, Wagga Wagga, Perth, Adelaide, Nolan (Qld), Aidan Foy (NSW), David Russell and Auckland and Nelson in NZ. Some Justin La Brooy, SA (Vic), and Di Howard (NT) towards creating involve interesting new models of specialist Nicole Hancock, TAS regional trainee recruitment and training care that espouse a generalist approach to schemes that provide a training path for care delivery and co-ordination. One such general physician trainees which involve Advanced Trainee Reps
example is the ad for 5 general physicians at rotations in both metropolitan and regional Leonie Callaway, QLD Flinders Medical Centre in Adelaide to staff Patrick Gladding, NZ a new Assessment Unit and Acute Medicine Service which will provide comprehensive, 3. Expanding the opportunities for professional
general physician-led medical care to all development in general medicine. Various
acutely unwell medical patients. council ors together with local members Michael Kennedy, NSW SAC Representative As you turn the pages.
Skowronski Letter . 3
145 Macquarie Street 7th European School of Internal Medicine . 4
Book Review . 5
New Members . 5
Critically Appraised Topics (CATs) . 6
Like To Do Some Research? . 7
27th World Congress In Internal Medicine . 9
Executive Summary NRHP . 10
Letter From Fiji . 13
Forthcoming Meetings . 14
Notice to Members . 15 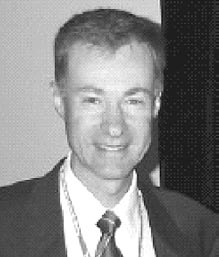 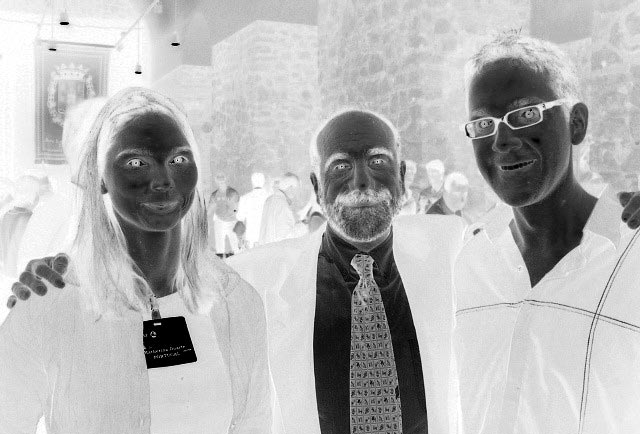 7th EUROPEAN SCHOOL
of Internal Medicine Professor Merino spent time reviewing the more important and pressing issues for EFIM:• Training • Revalidation• Maintenance of professional standards/Professionalism• The establishment of a standardized European Internal Medicine examination (scheduled for 2005) The European Federation wil offer a course for trainees interested in performing clinical research. This is scheduled to occur for the first time in 2005 in Paris. Also promoted was the relatively newly established journal of the Federation, dedicated to Internal Medicine.
Thankful y, balanced against the lectures and clinical presentations was a wel -organised social schedule. On our first night we were (L to R) Heidi, Portugese AT, Prof Jaime Merino, and Patrick Gladding. honoured with a visit to Santa Barbara castle, given an official mayoral welcome and entertained by a Spanish college band, I had the privilege of attending the 7th European School of singing songs dating back to the Spanish civil war. The fol owing Internal Medicine recently in the coastal town of Alicante, Spain. night we were further spoiled with a performance by a group of The school is the innovation of Professor Jaime Merino and Andalusian singers and dancers.
is endorsed by the European Federation of Internal Medicine (EFIM). The work of Dr Chris Davidson, a General Physician/ These occasions were an excellent opportunity to discuss our Cardiologist from the UK has been integral to its creation and backgrounds, working conditions and training issues across Europe and the world. The European Working Directive has radically altered conditions for training in Europe. It was written Alicante, like many coastal Mediterranean towns, has a long by the newly developed EU government in Brussels and placed history beginning with Carthaginian settlement. Little remains of a limitation on hours worked for the benefit of employees across this period but the grand Santa Barbara castle which overlooks Europe. There was apparently no intention that it would cover the town from an oppressive pinnacle of rock is testament to doctors' employment. However, in two test cases in the European Alicante's glorious medieval period. The modern town was once court, litigation was settled in favour of the defendants, doctors, the gravitational centre for northern European tourists, seeking who had exceeded the Working Directives hours because of its sunny beaches, temperate climate and cheap living. However service commitments. as with many such tourist meccas it has become overdeveloped, with little in the way of natural structures left near the coast. Tall Internal Medicine training in Europe is either principally Internal apartment blocks obscure most views inland, and loom over the Medicine with a subspecialty, or early divergence into either pure sun-worshippers on the beaches.
Internal Medicine or a medical subspecialty. Training is general y as least as long as that experienced in Australasia, with the The meeting is a semiformal affair attended by representatives exception of the UK where a trainee intern year does not exist. from most European countries. This year delegates attended Remarkably in Denmark training is so prolonged that medical from Finland, Sweden, Belgium, Switzerland, Holland and Italy students leave medical school at about the age of 28 years. to name a few. More recent years have seen attendances from Nowhere did conditions seem as bad as in Italy where advanced Slovakia and the Czech republic. This year was the first year that trainees in Internal Medicine are still considered "students" and doctors from Estonia had attended, their country being new to the therefore have very poor representation on employment issues. EU. For those interested the Lancet has published an interesting This has led to a level of pay so meagre that many are stil reliant review of the status of healthcare in Estonia in the last month. on parental support until their late thirties. Other non-European countries were also represented such as Israel, United States and New Zealand.
The meeting was an excellent forum in which to discuss issues of training. One hopes that with standardisation and unification The meeting was entitled "Hot Topics in Internal Medicine". occurring across Europe, the lot of those who have the most to Lectures covered a breadth of issues in medicine, but time gain will improve. The strong emphasis on presenting clinical precluded a comprehensive coverage. Excellent reviews of the cases gave us all a chance to improve our presentation skills. management of atrial fibril ation, the pleiotropic ef ects of statins Remarkably al the Europeans apologised before their talks and malnutrition within hospitals caught everyone's attention. for their poverty of English, but then proceeded to present Occasional presentations were esoteric with an hour dedicated fluently and eloquently. I wish to thank IMSANZ for giving me to the many different types of porphyria.
the opportunity of attending the VIIth Annual European School The format of the meeting was heavy on clinical presentations of Internal Medicine and would recommend it highly to anyone and most appreciated this medium for presenting new material. who wishes to attend. I have only one added word of advice. Local physicians presented clinico-pathological correlations learn a little Spanish before leaving! that allowed delegates to voice their opinions over differential IMSANZ DECEMBER 2004 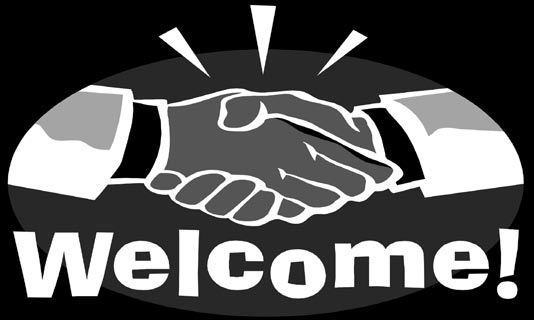 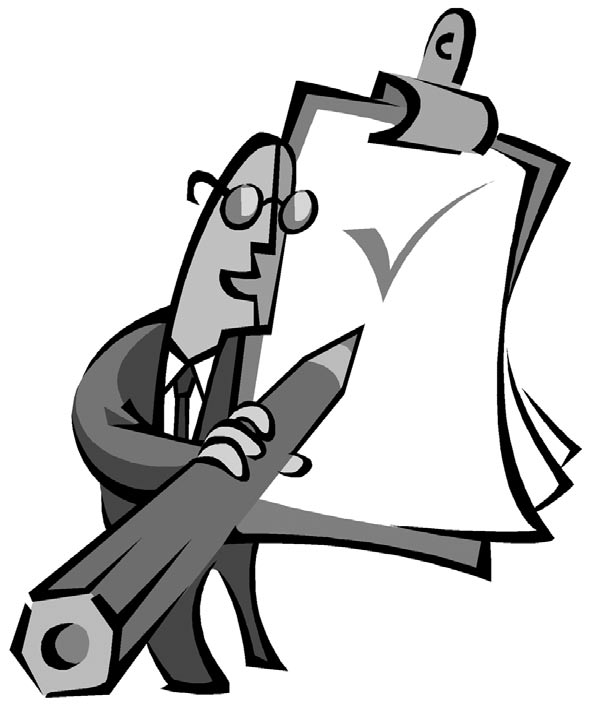 Could you please ensure that your contact details, including email, are up-to-date.
If your details have changed, please complete this form and return to: 145 Macquarie Street
SYDNEY NSW 2000
Fax: +61 2 9247 7214
Or email your details to [email protected]
PLEASE PRINT. Full Name:
Old Address:
New Address:
Phone: ( )
Specialty Interests:
The aim of this Newsletter is to provide a forum for information and debate about issues concerning general internal medicine in Australia, New Zealand and elsewhere.
We are most grateful for contributions
received from members.
The IMSANZ Newsletter is now published three times a year - in April, August and December.
We welcome contributions from physicians and advanced trainees.
Job vacancies and advertisements for locums can be published.
Please feel free to contact us with your thoughts and comments and give us some feedback concerning the contents and style of the newsletter.
Tell us what you want!!
The editors gratefully acknowledge the enthusiastic and creative input of Mary Fitzgerald, IMSANZ secretary.
When submitting text material for consideration for the IMSANZ
Newsletter please send your submissions in Microsoft Word, Excel or Publisher applications (PC format only). Images should either be a
JPEG or a TIFF format at 300dpi and no less than 100mm by 70mm.
Submissions should be sent to:
Michele Levinson - [email protected]
Should you wish to mail a disk please do so on a CD.
Dr Michele Levinson
183 Wattletree Road Malvern, Victoria, Australia 3144 Phone: +61 3 9500 0390 Fax: +61 3 9509 5700