Bugnion SpA
Filling the gap
The Italian Patent and Trademark Office is taking great strides in its aim to make its offerings more efficient
and effective, not least through the introduction of an oppositions proceedure
In the past, the Italian Patent and opponent to submit its brief and another There is no scope of protection for Trademark Office (UIBM) could hardly two months for the opposed applicant to reputations, unregistered signs, company count itself among the world's most submit a request for proof of use or its own names, domain names or emblems referring efficient industrial property offices. brief. After this exchange of briefs, the case to denominations of origin. If rights holders However, the gap that separated it from is ready to proceed to the decision stage. wish to enforce such rights against a later other national offices in the European In theory, the decision should be issued trademark, they must file an action under Union (and around the world) has largely within two years of the opposition being the old system with the courts.
been closed, albeit with a few exceptions.
filed, but failure to meet this deadline The Italian opposition system lacks a All remedies available to rights holders attracts no penalties and, at present, it is true suspension period by agreement of the and trademark applicants under the EU unknown whether the UIBM will be able to parties regulated by law. Proceedings can be Trademarks Directive (89/104/EEC) are comply with the deadline.
suspended, but agreements between parties now in force in Italy. The rate of The opposition system has enabled are not provided for. If the parties wish to registration and renewal is now at a the UIBM to introduce communication continue negotiations after the cooling-off competent level, and although red tape still via certified electronic mail. A notice of period, they must submit briefs and hope exists, registration and recording activities opposition (including proof of rights, that a withdrawal of opposition does not have been greatly simplified.
letter of appointment of an agent and arrive once the decision process is underway. The Italian trademark prosecution proof of payment of the fees (€284)) must In such a situation, it is advisable to speed system was the only system in Europe be sent to the UIBM within three months up negotiations rather than following the without an opposition procedure. This has of publication in the Official Bulletin of usual Community trademark opposition been remedied: a new opposition system the opposed trademark in a single set is now in force and is proving to be an of electronic files attached to a certified Once an agreement provides for effective tool for defending trademarks on email. The UIBM will respond, allotting an limitation to the opposed trademark or an administrative level, with affordable opposition number, and will subsequently withdrawal of the opposition, it is advisable costs and guaranteed procedures.
communicate via the same medium.
to send notice to the UIBM legal affairs The UIBM has received more than The UIBM will communicate by division that is handling the opposition, 1,000 oppositions since May 2011. registered letter whenever it does not have in order to speed up the conclusion of the However, it is likely that the majority of a certified email address on file. Trademark proceedings as much as possible.
them will never be resolved. While no agents must notify the UIBM of their The official practice is fairly well official data exists at present, experience certified email address, but for parties established up to the exchange of briefs. suggests that, as at EU level, a large which file applications or oppositions There is no certainty yet as to what will number of cases will be settled during the directly, communication will take place happen during the decision processes. There cooling-off period by way of a settlement through traditional registered mail.
are no clear directives regarding either agreement between the parties. To date, The following rights can be used as the proof of use or the typical evaluations the UIBM has issued only three decisions basis of opposition: of the opposition process (similarities (discussed below).
• identical or similar trademarks for between trademarks and products). Only few The procedure in force in Italy closely identical or similar goods or services; decisions have been issued by the UIBM to follows the Community trademark date – too few to establish any practice with opposition procedure. When a notice • marks under Article 8 of the Industrial of opposition is filed, the UIBM issues a Property Code – namely, portraits of The UIBM has issued the following notification to the parties, assigning them a people, names, well-known marks and decisions to date: two-month cooling-off period (extendable all marks that cannot be registered as • Decision 1/2012 ( Opposition 7/2011) – up to a maximum of one year) in which trademarks unless certain conditions the well-known trademark BLUMARINE to resolve the dispute amicably. There exist or in the absence of the rights was asserted in opposition to BLUEMARE then follows a two-month deadline for the holder's consent.
in Class 25; the opposition was upheld. 92 World Trademark Review April/May 2013 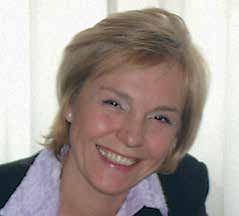 Country Correspondent: Italy
This was the first decision issued by in order to evaluate the dominant elements, any distinctive characteristics and the target • Decision 2/2012 (Opposition 196/2011) public. It ends with a global assessment.
– the AMALFI trademark for perfumes It seems that the UIBM is on the right was asserted in opposition to ACQUA track towards established clear case law and DI AMALFI, also for perfumes; the opposition was upheld.
The UIBM has cleared its huge backlog • Decision 3/2013 (Opposition 80/2011) – of trademark examinations; publication the trademark LOZZA 1878 was asserted of newly filed trademarks now takes place in opposition to LOIZA for eyewear. The between five and six months after the filing UIBM decided in the opponent's favour. date. In the absence of any opposition over This decision is interesting because it a one-year period, trademarks are registered was limited to a comparison between fairly easily.
LOZZA and LOIZA; the number 1878 was Correctly updating an IP portfolio deemed irrelevant.
that includes Italian trademarks involves • Decision 1/2013 (Opposition 123/2011) changing the trademark registration – Trademark 911 (Porsche) was asserted Simone Verducci-Galletti
number of renewals every 10 years. At the in opposition to Figurative mark 911, time of renewal, trademarks filed in Italy are NOVECENTOUNDICI. In its decision the assigned a new registration number. New UIBM commented on the relevance applications now become applications for of a claim that a mark has a highly Simone Verducci-Galletti is a registered
renewal and a new certificate will be issued distinctive character. Porsche's mark Italian and Community trademark and
on each renewal. 911 was described as highly distinctive design attorney. He graduated in law from
The automatic renewal system currently without any need to provide evidence to the University of Perugia and specialised
in use enables renewals to be registered the UIBM. The UIBM affirmed that the in EU law and economics. Before joining
within a short period of time (sometimes degree of distinctive character of a mark Bugnion's Milan office in 2004, Mr
within one month).
is one of the factors to be considered in Verducci-Galletti worked as a consultant
Progress has been made in registering assessing the likelihood of confusion. with IP firms in Rome and Alicante
changes of trademark ownership and In the absence of supporting evidence, (Spain). His areas of practice cover
recording owner name and address however, the UIBM need not give the trademarks, designs, copyrights and
changes, thanks to legislative reforms. claim due consideration. In this case, the related legal issues.
However, it is undeniable that the UIBM opposition was upheld. The decision is trademark registration system remains interesting since it represents a way to one of the most cumbersome in Europe. introduce into opposition proceedings This has little to do with UIBM procedures, factual elements in relation to the which have been greatly simplified, but reputation of a mark. rather is due to the wider legal framework in Italy which deals with contact with the In this regard, even though reputation does not constitute grounds for opposition, At present, recordal of assignment of a Italian case law is much less stringent than trademark at the UIBM involves a visit to Office for Harmonisation in the Internal the Public Registry Office, and in many Market (OHIM) case law with regard to cases a further visit to a notary. The confusion or similarity between products. processing of applications for change of Therefore, while OHIM case law requires ownership is slow, with replies from the reputation to be proven, it cannot be ruled UIBM often taking one to two years. The out that when Italian case law is applied, situation would be greatly improved if products might be considered similar and simplification were to be introduced, as has therefore an opposition may be held to already been done with regard to recordal be well founded even in the absence of a Donatella Prandin
of changes of company names and reputation claim. addresses, for which the UIBM no longer The format of the UIBM's decisions requires supporting documentation. WTR
closely follows that of OHIM decisions; its decisions are well argued and well Donatella Prandin is a partner of Bugnion
articulated. It is too early to make an SpA and is the foreign department manager.
assessment as to their content, however. She graduated in law from the University of
The UIBM decision first states the result Milan and joined the firm in 1991. She is a
of the opposition awarding costs (up to registered Italian trademark attorney and a
a maximum of €550, according to fixed Community trademark and design attorney.
rules) and subsequently lays out its Ms Prandin has extensive IP experience. Her
reasoning, comparing the products and practice covers trademark, copyright, design
then continuing with a phonetic, visual and and domain name issues.
conceptual comparison between the marks April/May 2013 World Trademark Review 93

122_RPK6_TTopics 10/23/06 12:16 PM Page 122 REVIEW Therapeutic Topics A look at the DRY EYE AND OCULAR ALLERGY ARE both conditions that can and often do cause Mark B. Abelson, MD, and Russell Anderson varieties of this ocular surface irritation in those patients that North Andover, Mass. suffer from them. Roughly 11 to 22 percent