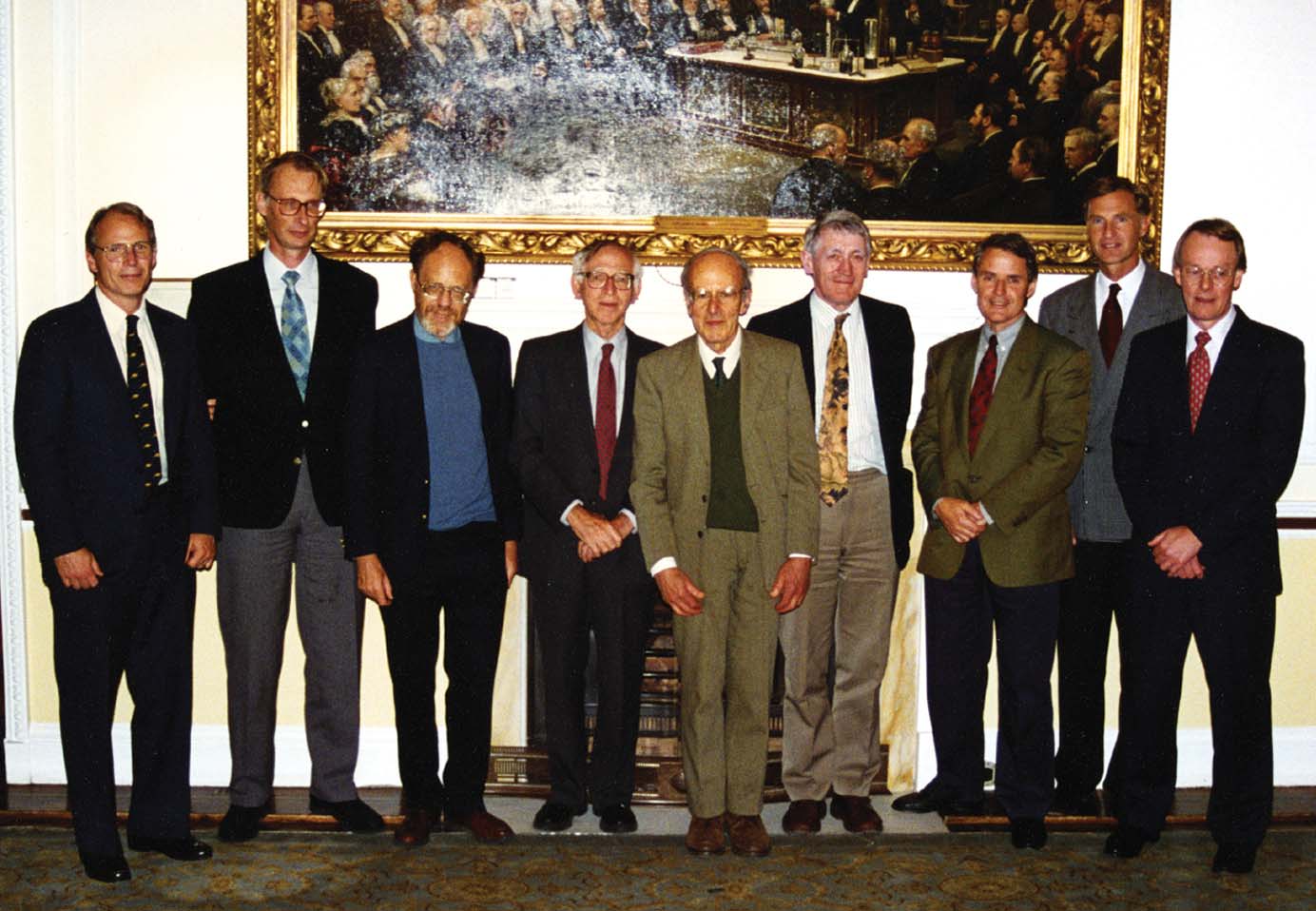 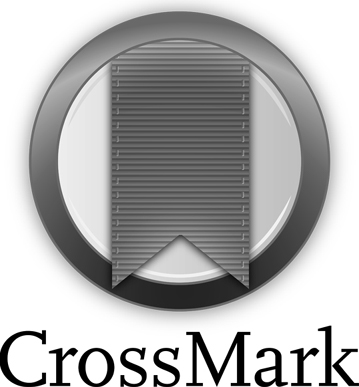 Acta Crystallographica Section A Early days in drug discovery by crystallography – personal recollections Received 10 December 2012 Accepted 11 December 2012 The Walter and Eliza Hall Institute of Medical Research, 1G Royal Parade, Parkville, Victoria, Australia. Correspondence e-mail: The influences of Lawrence Bragg and Max Perutz are evident in thecontemporary emphasis on ‘structural enablement' in drug discovery. Onthis occasion of the centenary of Bragg's equation, his role in supporting theearliest structural studies of biological materials at the Cavendish Laboratory isremembered. The 1962 Nobel Prizes for the structures of DNA and proteinsmarked the golden anniversary of the von Laue and Bragg discoveries.
Max Perutz's idea for an 80th birthday event was to own work on influenza viruses was about to begin when the gather together people interested in the relevance of protein above lines were written. When I moved to CSIRO in 1978 crystallography to medicine. His Medical Research Council it was very convenient to quote Max Perutz to my masters.
colleagues duly organized a memorable meeting at the Royal My real interest at that time was in understanding antigenic Institution on 23 September 1994, ‘Protein Crystallography variation in influenza viruses and its consequences for and Medicine – a meeting in honour of Max Perutz' (Fig. 1).
vaccination, but the lines I used drew on Perutz's predictions Of course Perutz himself (Perutz, 1994) stole the show with his on the utility of structure, serine proteases in his example, in discourse on polar zippers in haemoglobin and Huntington's drug discovery (Perutz, 1976). ‘Knowledge of the three- disease. Almost twenty years earlier he had written (Perutz, dimensional structure of these enzymes may open the way to 1976) ‘I started to study haemoglobin by X-ray crystal- the synthesis of tailor-made inhibitors for the treatment of lography in 1937 because at that time the structure of proteins such diseases.' My enthusiasm aside, that our work would ever seemed the most important unsolved problem in biochemistry, affect medical practice seemed most unlikely, a view that many but I never dreamt that its solution would one day throw light people shared and some continued to hold even after we had on the nature of inherited diseases.' Today it is rare to see a publication on the molecular The first crystals of influenza virus neuraminidase (Laver, structure of a protein that just might be a drug target without 1978) held great promise for realising a structural analysis, but reading concluding remarks about the implications of the it was necessary to resort to screening multiple strains and work for new medicines. Evidently it was not always so. Our subtypes for suitable crystals to eventually determine itsstructure. The electron-density maps were only interpretableafter averaging two copies of a 1957 strain in one crystal formwith a single copy of a 1967 strain in another (Varghese et al.,1983). The 21 amino-acid sequence differences between thesestrains are no impediment to this approach. The first exampleof the now common -propeller fold was revealed. It was alsoimmediately evident from the structure that the active centreof the enzyme was invariant across all then known strains ofinfluenza (Colman et al., 1983).
Averaging independent images is akin to knowing the value of the molecular transform at non-integral values of thereciprocal lattice and the use of information of this type wasraised by Bernal (Bernal et al., 1938), and first seriouslycontemplated as a phasing tool by Bragg and Perutz (Bragg &Perutz, 1952). Crick was right about the use of this techniquefor ab initio phasing (Crick, 1988), at least in the early1950s, but in this work we see the origins of algorithms for solvent flattening, non-crystallographic symmetry averaging Max Perutz on the occasion of his 80th birthday celebration at the Royal (Bricogne, 1974; Colman, 1974) and, most recently, image Institution. Left to right: Tony Kossiakoff, Wim Hol, Michael Rossmann, recovery in diffractive imaging (Fienup, 1987, Miao et al., Aaron Klug, Max Perutz, David Blow, Peter Colman, Don Wiley andWayne Hendrickson.
Acta Cryst. (2013). A69, 60–62 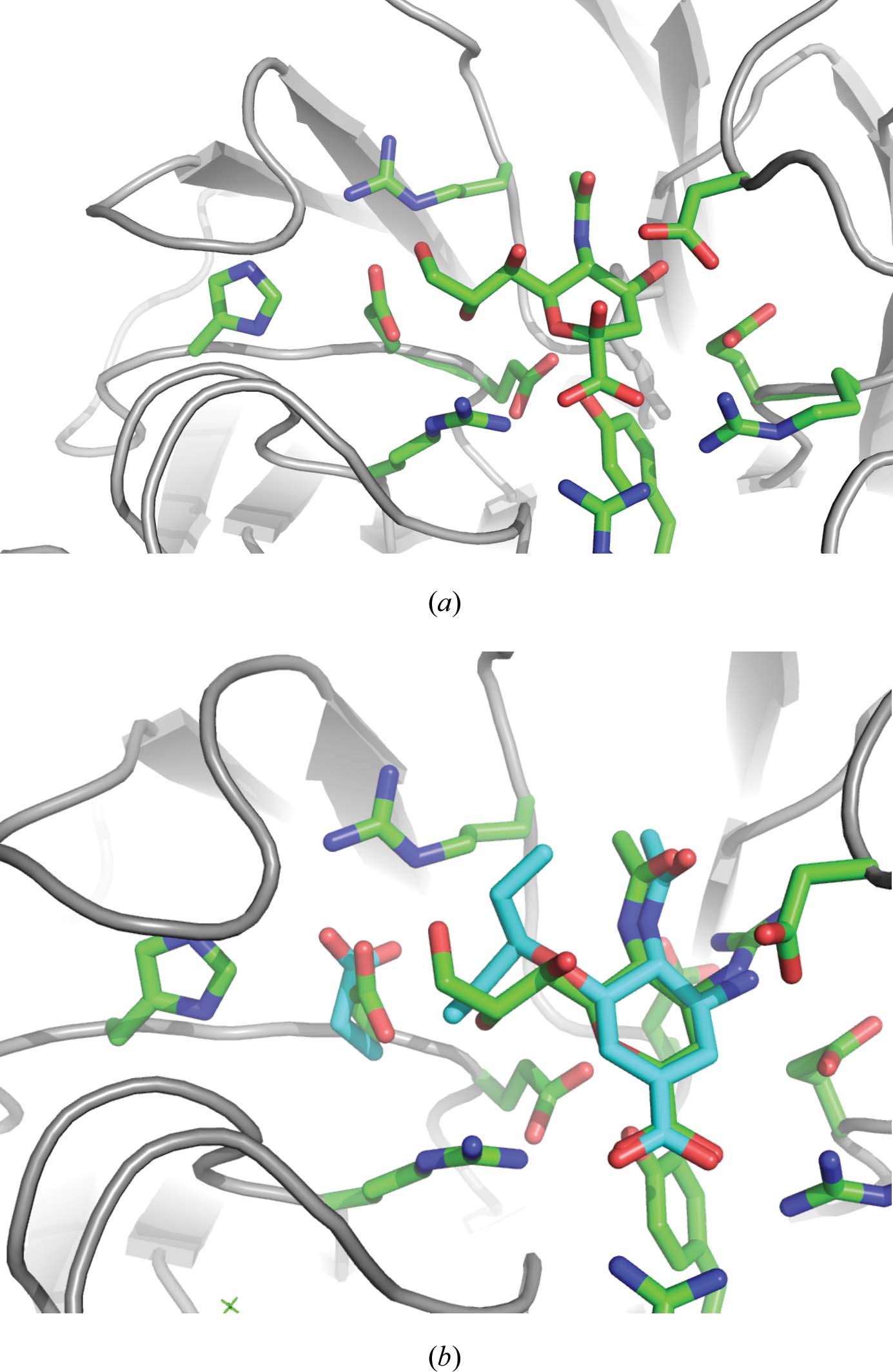 The neuraminidase antigen lives in the shadow of its partner truly unusual example of a viral enzyme whose function was antigen, the viral haemagglutin, a molecule to really excite a not intracellular, and drugs targeting it would not need to structural biologist with its capacity to facilitate acid-catalysed cross the infected cell membrane to do their work.
fusion of the viral and endosomal membranes (Skehel & The seminal crystallographic observation that led to zana- Wiley, 2000). It came as a shocking but welcome surprise mivir was the structure of the complex between neuraminidase that crystallography could inform a process as dynamic as and the product of the enzyme reaction, sialic acid (Varghese membrane fusion. Like drug discovery, it is now commonplace et al., 1992) (Fig. 2). The bound sugar is twisted, its carboxylate to learn about such biological events from crystal structure lying coplanar with the pyranose ring. The 4-hydroxyl entity points to a water-occupied pocket on the enzyme where strain- By comparison to the haemagglutinin, the neuraminidase, invariant negatively charged amino acids are located. Three another glycosidase in a lineage going back to lysozyme, modifications to sialic acid each provide an increase of some held little interest. Furthermore, even the anti-neuraminidase two orders of magnitude to its affinity with the enzyme. The antibodies raised during influenza infection were of secondary first is the establishment of an sp2 carbon at C2, placing value to the host compared to those raised against the the carboxylate equatorial and not axial, to the sugar. The haemagglutinin. And then there was the question around the second and third come from replacing the 4-hydroxyl with role for this enzyme activity on the surface of the virus. It was 4-ammonium and then 4-guanidium (zanamivir), thereby thought that the main function of neuraminidase in the life engaging protein carboxylate residues in the binding pocket cycle was to liberate progeny virions from the infected cell for the 4-hydroxyl and displacing bound water molecules there surface (Palese & Compans, 1976), surely a rather late stage (Varghese et al., 1995; von Itzstein et al., 1993).
for therapeutic intervention. On the other hand, here was a A compound as hydrophilic as zanamivir does not cross membranes, neither does it need to unless the drug is to bedelivered orally. The upper airways are readily accessible toinhaled drugs and Relenza is a formulation of zanamivir fororal inhalation. Our own attempts to find an orally available‘version' of zanamivir were unsuccessful (Taylor et al., 1998),but others succeeded (Kim et al., 1997). The requisite prop-erties found in oseltamivir carboxylate (the active substance inTamiflu) derive from its carbocyclic core and the substitutionof the C6-glycerol moiety with a pentyl ether. Unlike theglycerol, the pentyl ether is not found in the natural substrate,sialic acid, and the consequences of this departure are that theneuraminidase must undergo a small conformation change tobind oseltamivir carboxylate that is not required for itsbinding to either zanamivir (Fig. 2) or the substrate sialic acid(Varghese et al., 1998). This structural difference is a smallopening through which drug-resistant viruses are unleashed(Colman, 2009).
If we take the public remarks of the drug industry at face value, it is now unusual for a drug-discovery program to beinitiated if the target is not ‘structurally enabled'. Somecontemporary work is quite remarkable, such as the discoveryof ABT-737 (Oltersdorf et al., 2005) and its clinical analogueABT-263. These molecules mimic the interaction between ahelical peptide and the pro-survival Bcl-2 proteins, an eventwhich triggers cell death by apoptosis and is frequently dys-regulated in tumour cells (Lessene et al., 2008). Such advanceshold great promise that ever more-challenging drug targetswill be hit in the future.
(a) The product of the neuraminidase-catalysed reaction, sialic acid, bound to the enzyme. (b) Overlay of zanamivir (green) and oseltamivir carboxylate (cyan) bound to neuraminidase.
Acta Cryst. (2013). A69, 60–62 Peter M. Colman  Early days in drug discovery Peter M. Colman  Early days in drug discovery Acta Cryst. (2013). A69, 60–62