The helicopter-borne ACTOS for
small-scale cloud turbulence observations
Holger Siebert, Katrin Lehmann , Manfred Wendisch, and Raymond Shaw
Leibniz-Institute for Tropospheric Research (IfT), Leipzig, Germany Dept. of Physics, Michigan Technology University, Houghton, MI, USA Besides a technical overview of ACTOS the pos- sibilities of using a helicopter for cloud research are Clouds play a major role in the Earth system and are discussed by showing measurement examples which relevant to many aspects of climate and daily weather clearly demonstrate the unique capabilities of the new forecast. The dynamics of clouds span a wide range system.
of spatial scales from the macroscopic cloud extension itself down to the Kolmogorov microscale (typically in the mm range for atmospheric conditions). Since cloud 2. Experimental Setup
microphysical properties on larger scales are controlled by processes taking place on smaller scales, measure- ACTOS is an autonomous measurement payload which ments with high spatial and temporal resolution are es- can, in principle, be carried by different platforms such as sential for a better understanding of cloud processes.
balloons, blimps, Zeppelin, or helicopters. The system is The majority of airborne in-situ observations of clouds equipped with sensors to perform high-resolution mea- have been made by fast-flying research aircraft which surements of meteorological standard parameters such limits the spatial resolution of most parameters to the as wind vector, air temperature, and humidity but also meter scale or so. To overcome this limitation the Air- cloud and aerosol microphysical properties such as liq- borne Cloud Turbulence Observation System (ACTOS) uid water content (  ) and number concentrations of has been developed which was originally designed for interstitial aerosol particles in boundary layer clouds.
the use beneath a tethered balloon (Siebert et al. 2003, To keep the load for the carrier platform as low as pos- 2006b). Due to the low true airspeed (TAS) of such a sible, a light-weight frame made from carbon-fiber and balloon-borne system the spatial resolution of the mea- aluminum was designed. The total weight of ACTOS in- surements is much higher compared with aircraft data. cluding the instruments is 200 kg. ACTOS is equipped In this paper the new helicopter-borne version of ACTOS with an autonomous power supply and data acquisition is introduced (see also Siebert et al. (2006a)). However, to be completely independent from its carrier platform. A compared to balloon–borne measurements, which also data link between ACTOS and the helicopter cabin was meet the slow–flying criterion, a helicopter is even more installed to ensure on-line monitoring of standard param- advantageous due to its longer cruising range and pos- eters during the flights.
sible ceiling. A helicopter is more flexible in time and space than a balloon and can be chartered at different 2a. Sensor Equipment
airfields. Furthermore there are fewer limitations with re- ACTOS was designed to provide collocated measure- spect to possible payload (weight, size, available electri- ments of several types of parameters. All sensor outputs are sampled with a joint real-time data acquisition sys- tem to ensure precise temporal correlation between the 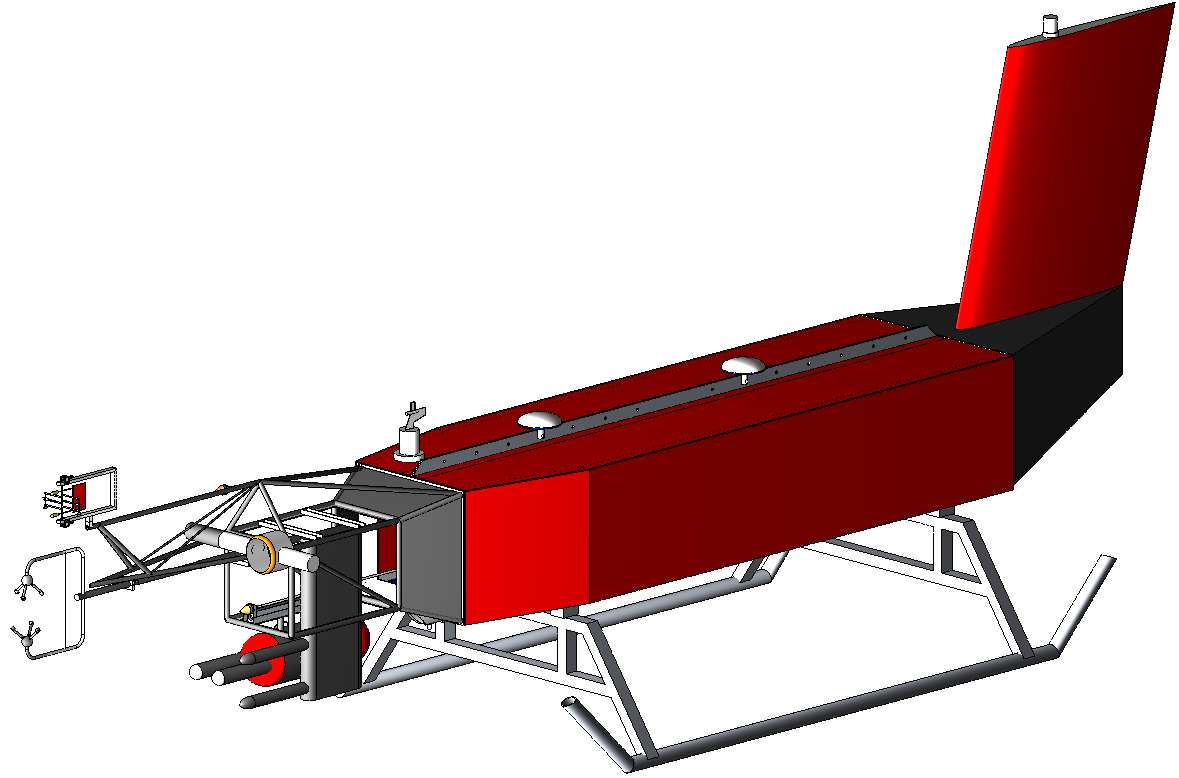 different measured parameters. In the following a short Cloud droplet microphysical properties are mea- list of all devices is given, for a more detailed discussion sured with a modified version of the Fast For- of sensor performance the reader is referred to Siebert ward Scattering Spectrometer Probe (M-Fast-FSSP, et al. (2003, 2006b).
Schmidt et al. 2004; Lehmann et al. 2006). The M- Fast-FSSP counts each individual droplet and mea- The three-dimensional wind vector and the vir- sures its size and the inter-arrival times. The size tual air temperature are measured with an ultra- distribution, number concentration, and the   of sonic anemometer/thermometer (Solent HS, see the droplets is derived from the measurements.
also Siebert and Muschinski 2001).
A combination of differential Global Positioning Sys- tem (dGPS) and inertial sensors (optical fiber gyros and accelerometers) measure the attitude angles, angular rates, position, and the velocity vector of ACTOS with different time resolution and precision.
A navigation computer combines all measurements and gives all parameters with 10 Hz resolution (100 Hz are optional) and with best precision.
A special version of the so-called UltraFast Ther- mometer (UFT, Haman et al. 2001) allows air tem- perature measurements with 500 Hz resolution. The UFT is based on temperature-dependent resistance measurements of a thin wire which is protected against droplet impaction with a shielding rod in front of the wire.
Figure 1: Schematic sketch of ACTOS with numbered de- vices. The system can roughly be divided into three parts (i) the Humidity fluctuations are measured with a Lyman- tail unit (9), (ii) the main body consisting of five covered 19"-inch absorption hygrometer. A pre-impactor inlet pre- racks including electronics, data acquisition, power supply, and vents cloud droplets to enter the optical system dGPS antenna (8) and (iii) an outrigger made of carbon-fiber which would lead to an irreversible bias of the sig- tubes with all sensor and sampling inlets: 1) Sonic anemome- ter, 2) M-Fast FSSP, 3) PICT, 4) Impactor Inlets, 5) UFT, 6) PVM-100A, and 7) Nevzorov probe.
For air temperature and relative humidity measure- ments standard PT-100 resistance-wire thermome- ters and a capacitive hygrometer based on the In addition to the standard equipment a second cloud Vaisala Humicap sensor serve as calibration stan- spectrometer called PICT (Phase-Doppler Interferome- dard for the UFT and Lyman- , respectively.
ter for Cloud Turbulence) was installed beside the M- Fast-FSSP for this experiment. The PICT instrument The   is measured with a Particle Volume Mon- itor PVM-100A (airborne version, Gerber 1991).
measures the radius, longitudinal velocity component, and time of arrival of droplets that enter its sampling vol- The number concentration of interstitial aerosol par- ume. The sampling volume is defined by the region in ticles is measured with two Condensation Particle which two laser beams intersect: light scattered from Counter (CPC). Since the two CPCs have a differ- the two beams by a droplet is detected at several an- ent lower cut-off characteristics, the concentration of gles, providing temporal interference patterns (Doppler ultrafine particles in the size range between 6 and bursts) related to the droplet size and speed (Bachalo 12 nm is derived which is used as an indicator of and Sankar 1996). The sampling frequency is sufficiently freshly nucleated particles (Siebert et al. 2004).
high that there is no dead time and therefore inter-droplet 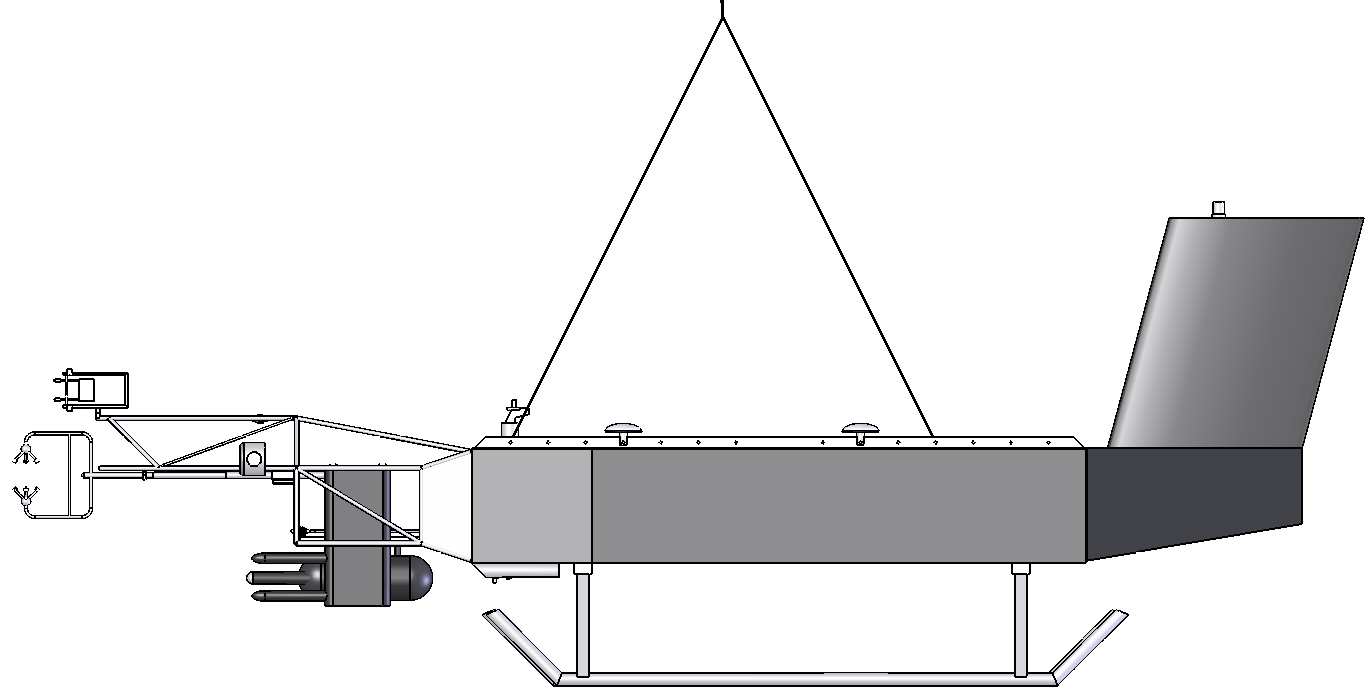