iNterView mit harjeeV kaNdhari / aL dobowi group / iNfiNity tyres"The German market is a very important market for us" The still-young tyre brand Infinity Tyres is securing more and more market shares on an
international scope. We spoke to the Executive Director of the Al Dobowi Group, Harjeev
Kandhari, about Infinity´s company philosophy, the importance of networks among
partners and the challenges Infinity has to face due to the legal requirements of specific
tyre designations.


Six years ago the development of the Infinity marketing – we have raised the are such words as respect, honesty and brand Infinity Tyres was started. Today brand awareness throughout our key intolerable discrimination towards the you have a dense network of partners markets and have enhanced the profile members of the personnel. Please exp- and as a result a presence in 60 coun- and the perception of the brand – it is lain, why was it explicitly said so? tries. How do you assess the develop- now percieved as a high quality premium These are very important to us! The cul- ment by now? tyre with an excellent range applicable ture and commercial and personal foun- The development of the Infinity brand has across all terrain and in all weathers. This dation of our organisation is based upon been a global objective for us all – we pri- Infinity marketing support will continue these key values and priciples. We bring oritised on the major markets and have on both a global brand and local market these to all of our business dealings and gradually expanded our international dis- our partnerships, and we believe our rela- tributor network over the years. In fact, tionships with all third parties (manufac- only last month, we signed up a new dis- It is not particurlarly easy to gain a turing, distributing, marketing, logistics) tributor in Ukraine. We have endeavoured foothold on the European market as a work more efficiently when these prin- to manage our growth without getting relatively new tyre producer? The legal ciples are employed. Our starting point is over-excited, and have always worked requirements of designating the fuel to ensure that all our direct staff operate with our production partners to ensure efficiency, safety features and noise level in this manner – our hope and desire is that supply correlates with the demand might prove as a challenge, which should that all our business delaings are under- generated through our distributors.
not be underestitmated, even for Infinity. pinned by these values.
Do you agree? You have set the target of becoming a Absolutely – these legal and safety chal- On the "Infinity Partner Days", which globally recognized brand for quality lenges are in place for a good reason and have recently taken place in Bangkok, tyres. In terms of tyre development or of must be adhered to in all elements of the it was said that Infinity endeavours to marketing as well – which are the core Infinity tyre production process. This is an achieve a constant growth in Europe in fields for the achievement of these goals? absolute pre-requisite in bringing our tyre future as well. What are the growth-rates In terms of technical development, to the European market and is one we you expect? we continue to work with our production concur with at all times. We work closely We want to ensure that we grow in the partners and continue to invest into the with our distributors to make sure that all European market but not at the expense technology and personnel required to the appropriate and amandatory testing of our current distributors. We want to continuously improve the quality and so- and sidewall marking is completed satis- ensure that we support the growth of our phistication of Infinity tyres. The Infinity factorily before commencing mass pro- current distributors and then grow in other technical team now consists of highly-re- duction and shipping to the markets.
garded professional tyre industry indivi-duals who bring an added, new dimen- On the Infinity-Website one can learn Which percentage of growth will the sion to our future product research and about the products, but also about the german-speaking regions probably have? development plans.
company philosophy. The guidelines The german market is a very important Recently there has been a conside- which are given in regard to your staff market for us. We intend to grow consi- rable enhancement of our international seem to be especially noteworthy. There derably in the German market and also 112 AutoRäderReifen - Gummibereifung 09 2010 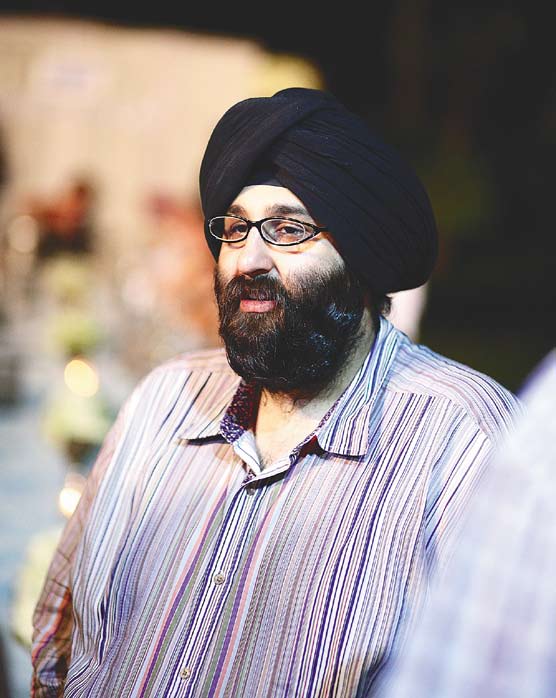 Harjeev Kandhari, Exe-cutive Director of the Al Dowobi Group increase our presence in the truck sector.
You have a wide product range. Please tyre is a natural choice for enthusiastic give some information on your tyres and Infinity tyres are being produced with the their features. support and the development competence The Infinity range covers Passenger, Truck As an exhibitor you once again participa- of Shandong Linglong Co. Ltd. What is it and Bus, Light Truck, Agricultural, Off the ted in the probably most important tyre that makes Linglong an ideal partner for Road and Industrial tyres.
fair in Essen. Which products were in the Infinity? The Passenger tyre range extends from focus of your presentation? Our partnership with Linglong reaches UHP, car, 4x4, winter and van tyres.
We covered all of our Infinity tyre port- back many years – Linglong are an honest The „hero" tyre within the passenger UHP folio from our comprehensive stand. This and professional company who continually range is the INF-050 - classified as ultra year we were situated in Hall 3, alongside seek to improve their service and produc- high performance, the INF-050 is manu- the main players in the tyre industry – a tion capabilities. They deliver on promise factured using the InfinityEco-Friendly definite statement of the recognition and – and they actively encourage open 2-way Fuel Efficient (EFFE) production process. importance of the Infinity brand. As a dialogue to resolve issues and to exploit This allows all users to enjoy exceptio- consequence of our new status, we reco- potential opportunities. We look forward to nal quality on and off road, wet and dry gnized a massive interest on the stand.
continuing work closely with them in the performance. The unique and distinctive near future – there are some very exciting tread pattern, as designed by Infinity en-initiatives being discussed with Linglong gineers using Advanced Comfort Control in terms of product development, product Construction, allows all-season handling testing and production capabilities.
and increases tyre longevity. The INF-050 AutoRäderReifen - Gummibereifung 09 2010 113

After a tenacious struggle behind the scenes the Italian tyre pro-
ducer Pirelli was awarded the contract for exclusively supplying
racing tyres to Formula 1.


The chairman of the Pirelli Group, of the rear tyres are unchanged. The scaling A New F1-Team
Marco Tronchetti Provera, and the down alone should have finally resulted in Marco Tronchetti Provera announced that managing director of Pirelli Tyre, ensuring Bridgestone´s supplies of racing Pirelli will begin with the drawing up of a Francesco Gori, presented the plans of the tyres to Formula 1 for a further season.The dedicated team for the development and company for a re-entry into Formula 1 in annual budget of Bridgestone for Formula 1 production of Formula 1 tyres. The team the capacity as the exclusive tyre supplier is an amount of about 70 million $. All in all, will consist of engineers and scientists, all at the end of June. The contract with the the tyre supplier is to manufacutre about Pirelli people, who have already gained ex-International Automobile Association FIA 44,000 tyres for the running season. perience in these upper regions of the ra- (Fédération Internationale de l'Automobile) cing sports. For the time being, Pirelli provi- has been concluded for a period of three Pirelli is coming
des tyres for seven racing series. The most years, from 2011 to 2013.
With the announcement of the withdra- prestigious part is surely the Rallye-world wal from Formula 1 some tyre producers championship, which the Italians exclusi-got very busy. In the last years Asian tyre vely furnish since 2008. In addition, Pirelli producers, above all, had made it repea- is the supplier to championship Superbikes, tedly clear that they would like to provide Ferrari Challenge, Maserati Trofeo, Lam-the tyres for F1. However, these grandio- borghini Super Trofeo, GP3 and Grand AM. se announcements have not been turned The GP 2 might eventually be added due into corresponding applications. For some to the F1-supplier contract. Pirelli is not an months the tyre question remained unsol- unknown quantity in F1. In the fifties and ved. The squabbling around the tyre sup- eighties of the last century the tyre produ- plier reached sports-politcal proportions. cer was already present in F1. At this period For the new FIA-president Jean Todt it was the company took part in 205 Grand Prix a question of power, who finally had a say events and acquired 44 victories. The new in the F1 arena. The FIA with Jean Todt or F1-Team makes sure that the other divisi-the tireless Bernie Ecclestone? He knew ons of the company are able to focus on that the teams, who made in their majo- their daily core business. In order to meet rity a decision in favour of Pirelli as their the outstanding requirements set by the tyre supplier, were on his side. Moreover, Formula 1 team in the fields of reliablity, time is pressing, as some teams have al- safety and performance, the engineers of ready begun the preparation for the new Pirelli are working on simulation models F1-season 2011 in terms of choosing tyre and tyre compounds already, which are designs and technologies. And without the adequate to the high standards necessary Bridgestone is leaving
knowledge of the technical tyre data they for Grand Prix racing events. In addition, With the announcement of Bridgestone´s cannot be as efficient as in the years befo- the F1-racing teams have submitted a list withdrawal from the racing series already re. However, a fact is that all teams have to of requirement specifications to the tyre before the beginning of this year´s Formu- start from scratch with the new tyre sup- supplier, which has to be worked off in the la-1 season, the fight for the succession in plier. More than ever the old wise saying is next weeks. For the first time, the FIA com-the next season began immediately. Many vaild: "The one who understands tyres will mission for technology has stipulated a de-experts have regarded the changes in the have success." At the last session of the fined distribution of weight for the coming regulations undertaken at the start of the FIA commission for technology the decisi- season. 46 percent account for the front ty- series as a concession to the present tyre on was finally made in June. The Italian tyre res and 54 percent for the rear drums. This supplier. The front tyres of the racing cars producer Pirel i was awarded the contract can be interpreted as a "safeguard", if the were made smaller in their dimensions. In and the company will return from 2011 to tyre can not meet the high expectations. the past the tyres were 270 mm wide, now 2013 as the exclusive tyre supplier to the First tests are to take part three days di- they are only 245 mm wide. The dimensions Formula 1 scene. rectly after the last F1-racing of the present 114 AutoRäderReifen - Gummibereifung 09 2010 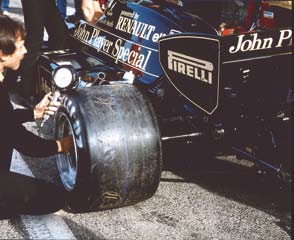 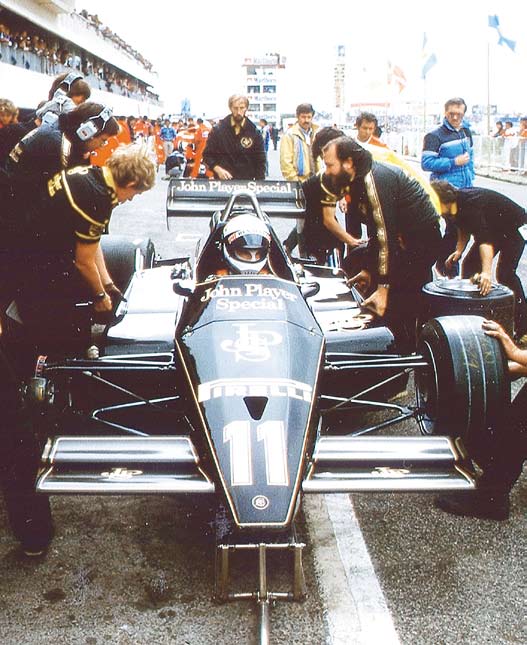 Photo by: Heather Elizabeth Pitts Journal of undergraduate anthropology 2 Spring 2014 The Journal of Undergraduate Anthropology aims to create a place for those pursuing anthropology to share their research and view that of their peers. Founded at Binghamton University in 2011, the Journal is an annual online publication. The editorial board is comprised of undergraduate students from within the State University of New York system, but submissions are accepted from a national audience. General inquiries can be sent to [email protected] View the Journal online at