Most cells have the inherent capacity to shift their reliance on glycolysis relative to oxidative metabolism, and studies in model
systems have shown that targeting such shifts may be useful in treating or preventing a variety of diseases ranging from cancer to
ischemic injury. However, we currently have a limited number of mechanistically distinct classes of drugs that alter the relative
activities of these two pathways. We screen for such compounds by scoring the ability of > 3,500 small molecules to selectively
impair growth and viability of human fibroblasts in media containing either galactose or glucose as the sole sugar source.
We identify several clinically used drugs never linked to energy metabolism, including the antiemetic meclizine, which attenuates
mitochondrial respiration through a mechanism distinct from that of canonical inhibitors. We further show that meclizine
pretreatment confers cardioprotection and neuroprotection against ischemia-reperfusion injury in murine models. Nutrient-sensitized
screening may provide a useful framework for understanding gene function and drug action within the context of energy metabolism.
Virtually all cells exhibit metabolic flexibility and are capable of shift- media. Nutrient-sensitized screening is based on the evidence that ing their reliance on glycolysis relative to mitochondrial respiration. mammalian cells redirect their energy metabolism in response to the Such shifts can occur at different timescales through a variety of mech- available sugar sourc. Culturing cells in galactose as the sole sugar anisms, allowing cells to cope with prevailing nutrient availability or source forces mammalian cells to rely on mitochondrial oxidative energetic demands. There is mounting evidence of the therapeutic phosphorylation (OXPHOS) and was previously used to diagnose potential of targeting such shifts. For example, many cancer cells rely human mitochondrial disorders or drug toxicity15,16. By screening on aerobic glycolysis (the Warburg effect) and a recent study has our chemical library for drugs that selectively inhibit cell growth and shown that pharmacological agents that shift their metabolism toward proliferation in galactose- relative to glucose-containing media, we mitochondrial respiration can retard tumor growt. Conversely, identify several FDA-approved compounds that redirect oxidative studies in animal models have shown that attenuating mitochondrial metabolism to glycolysis. We pursue the mechanism and potential respiration can prevent the pathological consequences of ischemia- clinical utility of one drug, meclizine, which is available without reperfusion injury in myocardial infarction and stroke3–7.
prescription, crosses the blood-brain barrier and has never, to our These observations motivate the search for agents that can safely knowledge, been linked to energy metabolism.
induce shifts in cellular energy metabolism in humans. Promising
work in this area has focused on hypoxia-inducible factor (HIF) a RESULTS
well-studied transcriptional regulator of genes involved in the cel-
A metabolic state–dependent growth and viability assay
lular adaptation to hypoxia9,10. HIF inhibitors and activators have Consistent with previous studies focused on other cell types14,17, we been identified through both academic and pharmaceutical drug found that human MCH58 skin fibroblasts grown in glucose derive screens and exhibit preclinical efficacy in treating cancer and in ATP from both aerobic glycolysis and mitochondrial glutamine oxida-ischemic disease respectively. Other approaches to treat ischemic tion ). However, when these cells are grown in galactose they injury include induced hypothermia, which has met with mixed exhibit a five- to sixfold decrease in the extracellular acidification results. New classes of agents, that can be titrated to safely shift rate (ECAR), reflecting decreased glycolysis, and a twofold increase energy metabolism, may yet provide important therapeutic value in in the oxygen consumption rate (OCR), consistent with a switch to several human diseases.
glutamine oxidatio (. Moreover, cells grown in galactose- Here we use a nutrient-sensitized screening strategy to identify drugs containing medium maximize mitochondrial ATP production by that shift cellular energy metabolism based on their selective effect using a larger fraction of mitochondrial respiration for ATP synthesis
on cell growth and viability in glucose- versus galactose-containing (Supplementary Fig. 1).
1Center for Human Genetic Research, Massachusetts General Hospital, Boston, Massachusetts, USA. 2Broad Institute of Massachusetts Institute of Technology and Harvard, Cambridge, Massachusetts, USA. 3Department of Systems Biology, Harvard Medical School, Boston, Massachusetts, USA. 4Department of Pharmacology and Physiology and 5Department of Anesthesiology, University of Rochester Medical Center, Rochester, New York, USA. 6Stroke and Neurovascular Regulation Laboratory, Department of Radiology, Massachusetts General Hospital, Charlestown, Massachusetts, USA. 7These authors contributed equally to this work. Correspondence should be addressed to V.K.M. ([email protected]).
Received 23 November 2009; accepted 12 January 2010; published online 14 February 2010; nature biotechnology  VOLUME 28 NUMBER 3 MARCH 2010 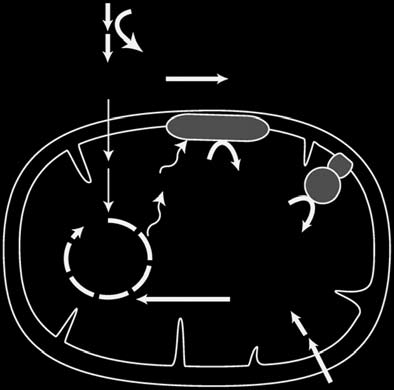 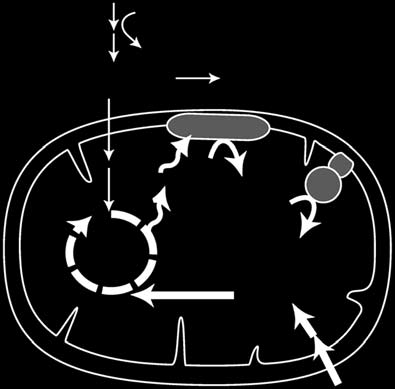 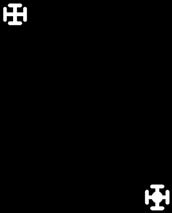 Positive Sglu/gal scores indicate drugs that were selectively lethal or inhibited growth in galac- tose-containing medium, such as inhibitors of OXPHOS. Negative Sglu/gal scores may arise from inhibition of glycolysis or from inhibi- tion of proliferation, as fibroblasts cultured in glucose grow more rapidly (Supplementary
(mpH/min/30 k cells) Fig. 3b). For most drugs, Sglu/gal is close to
zero, indicating similar effects on growth and OCR (pmol/min/30 k cells) viability in glucose- and galactose-containing Figure 1 Metabolic plasticity of human fibroblasts. (a,b) Schematic representation of cellular
media (and Supplementary Table 1).
energy metabolism pathways. (a) Cells grown in glucose-rich medium derive ATP from glycolysis as
Reassuringly, the upper tail of the Sglu/gal well as from glutamine-driven respiration. TCA, tricarboxylic acid; ETC, electron transport chain. distribution ( is highly enriched (b) Replacing glucose with galactose forces cells to generate ATP almost exclusively from glutamine-
for known respiratory chain and OXPHOS driven oxidative metabolism. (c) Measurement of ECAR, a proxy for the rate of glycolysis, and
inhibitors: the top 25 compounds include OCR, a proxy for mitochondrial respiration, of fibroblasts grown in media containing 10 mM glucose 20 compounds previously known to disrupt or 10 mM galactose for 3 d. Data are expressed as mean ± s.d. (n = 5).
respiration by directly interrupting mito-chondrial respiration or uncoupling it from The metabolic flexibility of fibroblasts permits screening for com- ATP synthesis (Supplementary Table 2). Conversely, the lower tail is
pounds that retard growth or are lethal to cells only in a given metabolic enriched for known antineoplastic agents (): 14 of the 25 lowest state. In a pilot experiment, we confirmed nutrient-dependent drug sen- Sglu/gal scores correspond to known chemotherapeutic agents that are sitivity of fibroblasts to known inhibitors of OXPHOS (Supplementary
likely to retard the growth and viability of cells rapidly proliferating Fig. 2). To screen a library of chemicals, we designed a high-
in glucose (Supplementary Table 3).
throughput microscopy-based growth assay to identify compounds We next asked if any clinically used drugs exhibit high Sglu/gal scores. that differentially affect growth and viability in galactose- relative Among the top 2% of the Sglu/gal distribution (83 compounds), we to glucose-containing media (and Supplementary Fig. 3a). identified 25 agents that have been used clinically (Supplementary
Because the proliferation rates are higher for cells provided with Table 4). Previous reports provide evidence that 9 out of these 25 drugs
glucose instead of galactose as their sole sugar source (Supplementary (papaverine, phenformin, artemisinin, pentamidine (NebuPent),
Fig. 3b), we considered the normalized cell number in each of the two clomiphene (Clomid), pimozide (Orap), niclosamide, fluvastatin
nutrient conditions. By measuring growth and survival over a 3-day (Lescol), carvedilol (Coreg)) can directly inhibit or uncouple the mito-
period, we were able to increase our ability to discover compounds chondrial respiratory chain (Supplementary Table 4). This list includes
with even subtle effects on energy metabolism.
two antimalarial drugs (mefloquine (Lariam) and artemisinin), the latter of which has been reported to require mitochondrial res- A small-molecule screen for agents that shift energy metabolism
piration in the malarial parasite for its action. The remaining 16 We screened a library of 3,695 chemical compounds in duplicate. clinically used agents cover a broad range of indications and diverse The library has been previously describedand consists of two com- mechanisms of action and, to our knowledge, have never been linked mercially available compound collections that span nearly half of all to energy metabolism. We were particularly interested in identifying FDA-approved drugs, as well as other bioactives and natural products. compounds that induce subtle metabolic shifts, as they may represent We analyzed the glucose and galactose results jointly to assign each particularly safe drugs with which to manipulate energy metabolism. drug a score, Sglu/gal, defined as the log ratio of the normalized cell To this end, we focused on commercially available drugs exhibiting number in glucose divided by the normalized cell number in galac- low to intermediate, positive Sglu/gal scores (0.15–0.45). We carried tose. The full table of results is provided in Supplementary Table 1. out secondary assays of OCR, ECAR and cell viability and confirmed
a Glucose
OCR/ECAR (% of DMSO) All data (n = 3,695) Known OXPHOS inhibitors (n = 29) Antineoplastic drugs (n = 140) Figure 2 A nutrient-sensitized screen to discover agents that shift energy metabolism. (a) Schematic of the drug screen. MCH58 fibroblasts grown
in 96-well plates in glucose- or galactose-containing media are exposed to a chemical library of 3,695 compounds for 72 h. The logarithm of the
normalized cell number in glucose versus galactose provides a summary statistic (Sglu/gal) for each compound. (b) Results from a nutrient-sensitized
screen. Sglu/gal is plotted for top and bottom 250 compounds. (c) Secondary assays to evaluate compounds with modest yet positive Sglu/gal scores. The
OCR/ECAR ratio of selected compounds is plotted against the compounds' corresponding Sglu/gal score from b. OCR and ECAR measurements were made
on MCH58 fibroblasts grown in glucose and are normalized to cell viability. Compounds indicated by red symbols exhibited a statistically significant decrease in the OCR/ECAR ratio based on at least three independent replicates (P < 0.05; two-sided t-test).
VOLUME 28 NUMBER 3 MARCH 2010 nature biotechnology 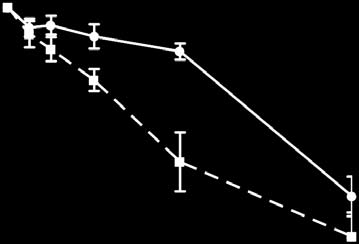 ERSTE The ESG Letter January, February/2013 Edition RESPONSIBLE RETURN INVESTMENT BOARDHealthcare provision – a basic need not always met ENGAGEMENTAccess to Medicine COMPANY OF THE MONTHGlaxoSmithKline PLC PIN IT DOWNBitter pills & healthy capitalists? ERSTE ASSET MANAGEMENT 02 When we wish each other a Happy New Year – as was the case just a few days ago – then the topic of health will almost always be at the forefront of our minds. As human beings, being healthy and staying healthy is accorded a high priority. The necessary healthcare provision is good to very good in large parts of Europe, despite the fact that even in these countries a debate about a „two-tier society in medical care" keeps emerging from time to time.