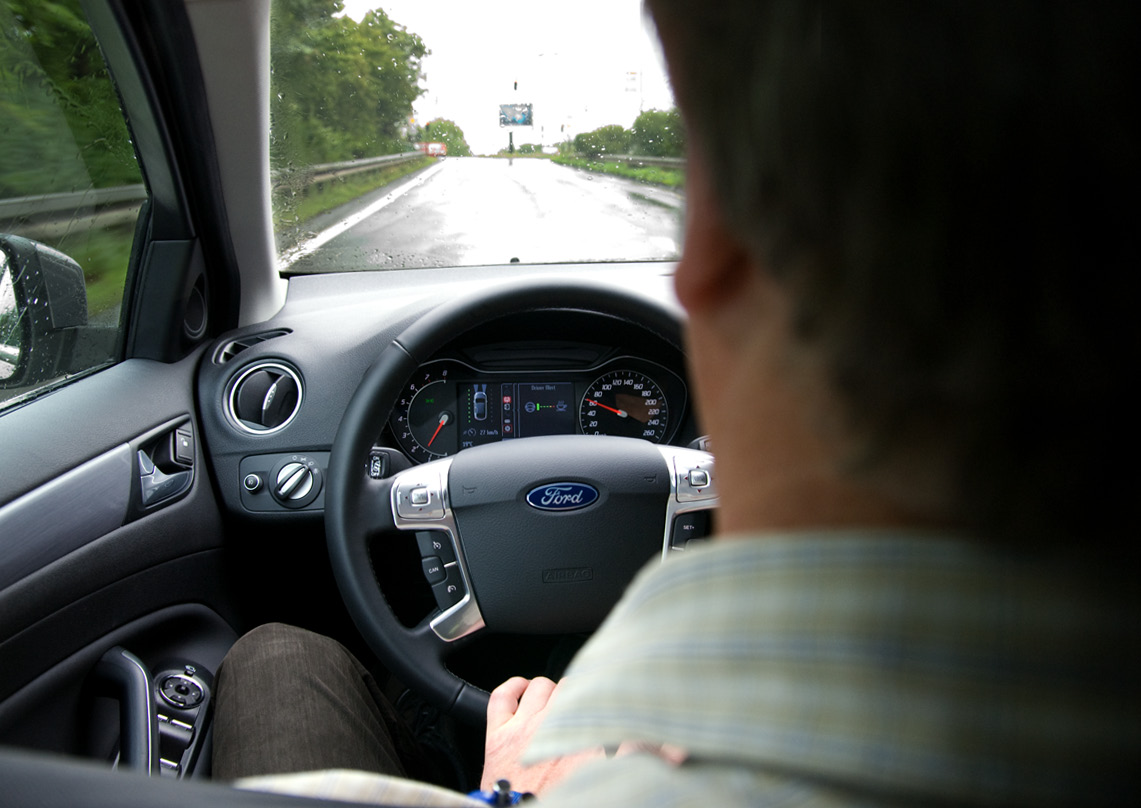 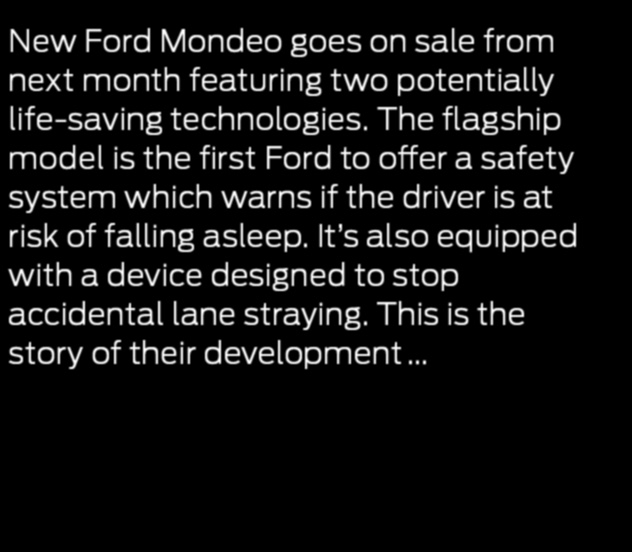 Driver alert Lane Departure Warning Bigger, better sound MonDeo heralDs saFer Motoring era
Driver alert
New Ford Mondeo goes on sale from next month featuring two potentially life-saving technologies. The flagship model is the first Ford to offer a safety system which warns if the driver is at risk of falling asleep. It's also equipped with a device designed to stop accidental lane straying. This is the story of their development … 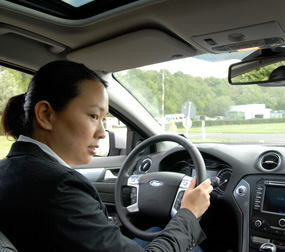 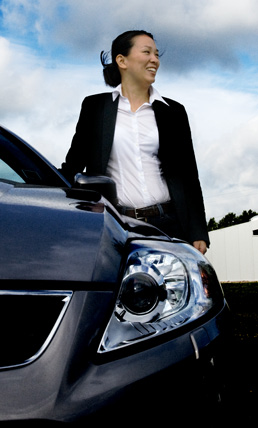 Tens of thousands of accidents are caused development of Driver Alert and is an expert the car should be positioned relative to the lane on Europe's roads each year by tired drivers on drowsy driver behaviour.
markings. It then measures where the vehicle nodding off at the wheel. Fatigue kills and the "Driver fatigue is a serious problem and one actually is and if the difference is significant, problem is that many motorists don't recognise that can affect anyone," Nieh explains. "When a the system issues a warning.
the warning signs until it is too late. Fall asleep driver becomes drowsy they tend to drift off line "Let's imagine the driver is tired, their driving at 120 km/h (33 metres per second) as they lose concentration and they might make concentration levels start to drop and the and there's a chance you'll never wake up… sudden corrective steering inputs. What we've vehicle starts to drift from side-to-side" says Ford has taken a huge step towards reducing developed is a Driver Alert system that picks up Nieh. "The software will detect this change in the risks drowsy drivers pose to themselves and on these erratic driving movements by detecting the vehicle's behaviour, triggering a two stage other road users. The company has just launched warning process.
technology that actually analyses driver perform- The Driver Alert system comprises a small "First a soft warning will pop up in the instru- ance and then warns if their concentration levels forward-facing camera connected to an on-board ment cluster as a text message and will stay computer. The camera is mounted on the back there for 10 seconds with an accompanying It's called Driver Alert and it's the latest in of the rear view mirror and is trained to identify chime. If the driver continues to demonstrate a long line of driver assistance technologies lane markings on both sides of the vehicle. drowsy behaviour, a hard warning will appear Ford has brought to market in recent years. When the vehicle is on the move, the computer in the instrument cluster which the driver must Ford engineer Margareta Nieh worked on the looks at the road ahead and predicts where acknowledge by pressing an okay button! "If the driver fails to acknowledge the hard warning, the system can only be re-set by stopping the car and opening the driver's door. Margareta Nieh biography
The system then recognises that perhaps you Driver fatigue facts and stats
Margareta Nieh joined Ford in 2002 and is have changed drivers or that you have had a Research carried out by UK road safety organisation RoSPA currently based at the company's technical rest and can continue." (Royal Society for Prevention of Accidents) reveals almost centre in Merkenich, Germany. Married, with Although Driver Alert's camera is trained to one-in-five serious motorway crashes are caused by drivers a three year-old daughter, she is passionate look for lane markings on both sides of the road falling asleep at the wheel.
about her work as an electrical engineer.
it will function if markings on just one side are According to RoSPA, sleep-related crashes "I've got a brilliant job," she says. "We have detected. The system can be switched off via are most likely to happen: an excellent team here at Merkenich and I the instrument cluster.
"The technology is very clever," says Nieh. • On long journeys on monotonous roads, especially enjoy testing new products. "It's been programmed to recognise intentional such as motorways I get to develop innovative technology with lane changing manoeuvres so it won't issue a • Between 2am and 6am a super bunch of people so working for Ford warning whenever you overtake for example." • Between 2pm and 4pm (especially after Because Driver Alert works by detecting eating, or taking even one alcoholic drink) "This is a very exciting time to work in the sideways deviations, in theory a driver could fall • After having less sleep than normal industry. Car electronics have evolved massively asleep and not trigger the system if the vehicle in recent years, enabling us to really push the • After drinking alcohol continues in a straight line. In tests however it boundaries. The next generation Focus is a • If taking medicines that cause drowsiness has proved incredibly accurate.
great example. It really moves the game on "The initial technology was developed by • On journeys home after night shifts from a technological perspective. I'd love one!" our colleagues at Volvo," explains Nieh "They The organisation concludes: "Most of the things that drivers put sleep deprived drivers behind the wheel do to fight off sleepiness when driving are ineffective for on public roads with scientists sitting next to more than around 10 minutes. They are only useful in an them and the detection rates were excellent. emergency to provide time for the driver to find somewhere "The system was also extensively tested using safe to stop and rest. data from a Virttex car simulator in North Ameri- "The only measures that have an effect in reducing sleepi- ca. The drivers taking part had not slept for ness when driving are taking a nap of around 15 minutes 23 hours. On this occasion the system achieved and taking at least 150mg of caffeine (at least two cups of a 100 per cent detection rate!" strong coffee or equivalent). However, even these measures Driver Alert makes its debut in the new Ford are no substitute for sleep. Drivers need to plan trips to Mondeo and the technology will be rolled out to include a rest stop every two hours!" other Ford models in the future. 2 Ford Technology Newsbrief 08-2010 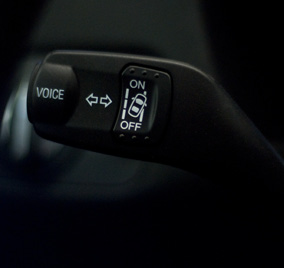 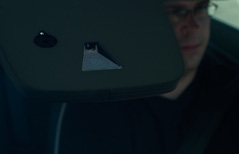 BOCK_C22_0321570448 pp3.qxd 12/1/08 3:50 PM Page 519 INFERENCES FOR THE DIFFERENCE BETWEEN TWO PROPORTIONS ON THE COMPUTER It is so common to test against the null hypothesis of no difference between the two true proportions that moststatistics programs simply assume this null hypothesis. And most will automatically use the pooled standarddeviation. If you wish to test a different null (say, that the true difference is 0.3), you may have to search for away to do it.