Synthesis and characterization of [3h]-sn56, a novel radioligand for the σ1 receptor 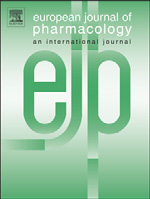