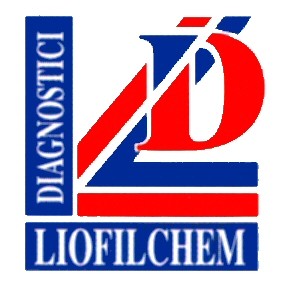 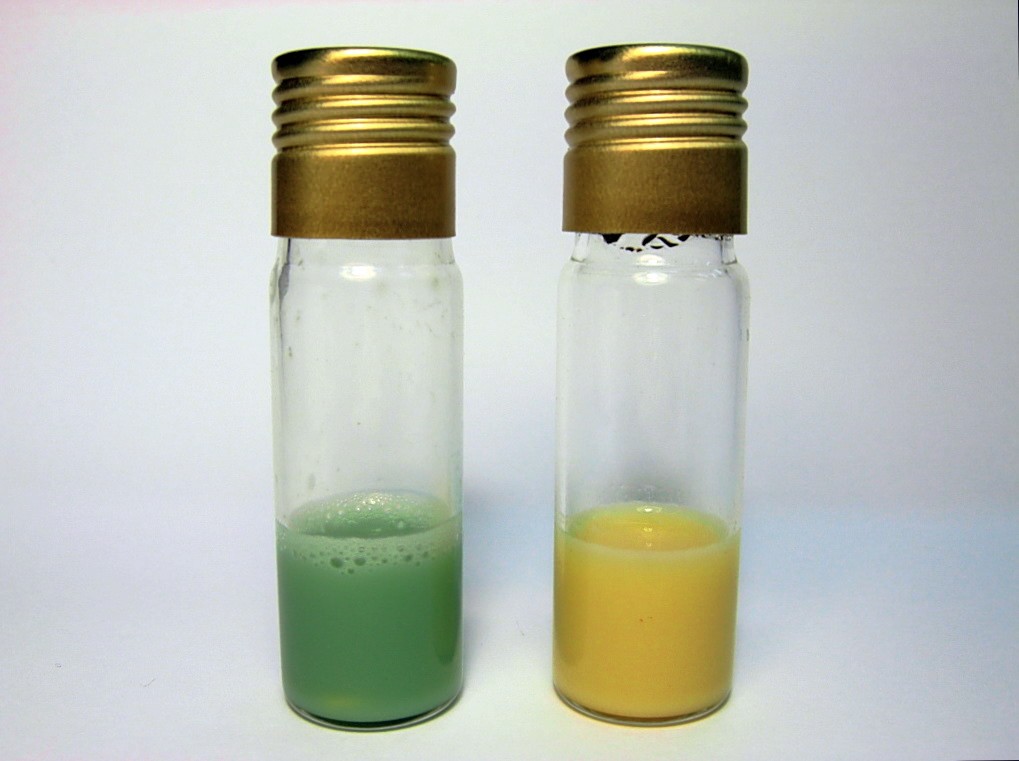 MiRA Test
Microbiological test with spores of Geobacillus stearothermophilus for the detection of antibiotic and sulphamide residues in milk DESCRIPTION
Antimicrobial substances are given to cattle for therapeutic treatment of infections and so they can be present in milk as residual
drugs. The presence of residual antimicrobial drugs in milk is a potential hazard for the consumers since those substances interfere
with the intestinal flora, can cause allergic reactions and can contribute to the spreading of resistant microorganisms.
Furthermore, the presence of antimicrobial drugs in milk is a serious technological problem for dairy industry, since antimicrobial
substances interfere with milk fermentation which is the basis of many dairy productions.
The detection of inhibiting substances in milk is ruled in Europe by EEC 91/180 and by Regulation EEC 2377/90 and following
modifications.
MiRA (Milk Rapid Antibiotic) Test is a microbiological test, set for the detection of residual antibiotics and sulphamides in milk, that
uses spores of Geobacillus stearothermophilus and a culture medium designed for that purpose.
CONTENT OF THE PACKAGE
Each package contains:
• n. 50 tubes containing liquid culture medium
• n. 50 discs containing spores of Geobacillus stearothermophilus
• 1 instructions sheet
PRINCIPLE OF THE METHOD
The test detects residues of antibiotics and sulphamides through their inhibition action against the growth in vitro, at 64 ± 0,5 °C, of
Geobacillus stearothermophilus. The inhibition of bacterial growth is made evident by the presence of a fermentable sugar and a pH
indicator in the culture medium.
PROCEDURE FOR USE
• Remove the cup from the tube and add 1 disc of spores. Shake gently.
• Put the cup and introduce the tube in a waterbath at 64 ± 0,5 °C or in a Termoblock set at 64 ± 0,5 °C. Incubate for 20'.
• Remove the tube from the incubator and let it reach room temperature (roughly 5').
• Remove the cup and introduce 1 mL of the milk under test.
• Prepare one or more analyte-positive controls, by the addition of antibiotic/sulphamide into the tubes as indicated in the paragraph
"Quality Control for the user".
• Put the cup to the tube and let the antibiotic/sulphamide, if present, act at room temperature for 20'.
• Reintroduce the tube in the waterbath or in the Termoblock at 64 ± 0,5 °C for the second incubation for 3h - 3h 30'.
INTERPRETATION OF THE RESULTS
At the end of the second incubation observe colour of the liquid in the tubes that, if green, indicates antibiotic/sulphamide residues in
the examined milk in concentrations above the detection limits; otherwise, a yellow colour indicates the absence of
antibiotic/sulphamide residues in the examined milk or their presence in concentrations under the detection limits.
Photo 1. Results obtained by MiRA Test after 3h 30' of incubation at 64 ± 0,5 °C:
• in the left side, no colour change of the pH indicator: analyte-positive milk sample containing antibiotic/sulphamide residues in
concentration above the detection limits; • in the right side, colour change of the pH indicator: analyte-negative milk sample containing no antibiotic/sulphamide residues or containing antibiotic/sulphamide residues in concentration under the detection limits.
USER QUALITY CONTROL
Every batch of MiRA Test is submitted to quality control. The analyte-negative control is obtained using a certified milk sample free of
antibiotics. The analyte-positive controls are obtained using milk samples with the addition of antibiotics/sulphamides such as
gentamicin (100 µg/kg), penicillin G (4 µg/kg) and sulphadiazine (150 µg/kg).
PRECAUTIONS
The product MiRA Test is not classified as dangerous under current legislation. MiRA Test is a disposable device to be utilized only
for in vitro use, it is intended for use in a professional environment and must be used in laboratory by properly trained personnel, using
approved asepsis and safety methods for handling pathogenic agents.
STORAGE
Store MiRA Test at 2-8 °C in its original packaging. Keep away from heat sources and avoid excessive temperature changes.
In such conditions MiRA Test will remain valid until the expiry date indicated on the label. Do not use beyond that date.
Eliminate without using it if there are deterioration signs.
DISPOSAL
After use and before disposal, tubes must be properly decontaminated with chemical substances or autoclaved.
BIBLIOGRAPHY
• DM 26/03/1992 GU n° 90 16/04/1992: Attuazione della decisione n. 91/180/CEE concernente la fissazione di metodi di analisi e prova relativi al
latte crudo e al latte trattato termicamente.
• CONALAnalisi e controllo qualità dei prodotti lattiero-caseari Il latte VIII/5, 356-357 (1983).
• 91/180/EEC: Commission Decision of 14 February 1991 laying down certain methods of analysis and testing of raw milk and heat-treated milk. Official Journal L 093 , 13/04/1991 P. 0001 - 0048.
• Van Oss J.L., Lameris S.A. Doodewaard J., Oostendrop J.G., Diffusion Test for the determination of antibiotic residues in milk. Neth. Milk Dairy J. 29, 16 (1975).
• International Dairy Federation International Standard FIL-IDF 57:1970 Detection of penicillin in milk by a disk assay technique (1970).
• Deborah Currie, Lorraine Lynas, D. Glenn Kennedy and W. John McCaughey. Evaluation of a modified EC Four Plate.
• Method to detect antimicrobial drugs. Food Additives and Contaminants, 1998, Vol. 15, No. 6, 651-660.
• Regulation 2377/90 ff EEC.
MiRA Test
Table 1: Sensitivity of MiRA Test to some antibiotics/sulphamides, commonly used in veterinary medicine and respective MRL
(Maximum Residue Limits) values valid for Europe1.
Table 1
MRL for milk 1
MiRA Test Sensitivity in 3h 30'
MAXIMUM RESIDUE LIMITS (µg/kg) DETECTION LIMITS (µg/kg) AMINOGLYCOSIDES
Gentamicin
BENZIL PIRIMIDINE
Trimethoprim
1 Regulation 2377/90 ff EEC.
TABLE OF SYMBOLS
Contains sufficient for Caution, consult Catalogue number Rev.2 / 01.11.2007 LIOFILCHEM
Via Scozia Zona Ind.le - 64026 Roseto D.A. (TE) - Italy
Phone +390858930745 Fax +390858930330 Website:E-Mail: [email protected]

Main Rupatadine References Contents: Main Rupatadine References Pharmacodynamics / Pharmacokinetics Dual effect of a new compound, rupatadine, on edema induced by platelet-activating factor and histamine in dogs: Comparison with antihistamines and PAF antagonists. Queralt M, Merlos M, Giral M, Puigdemont A. Drug Dev Res 1996; 39 (1): 12-8. The antihistamine-H1 and antiplatelet activating factor (PAF) activities of seven compounds, including rupatadine, a new antiallergic drug, were studied in healthy beagle dogs using a new experimental model that allows simultaneous testing of PAF and histamine reactions in the same animal. The method was based on the measurement of wheal area induced in dogs' skin by intradermal injection of PAF (1.5 mug) or histamine (2.5 mug). Rupatadine and the H1-antihistamine drugs cetirizine, levocabastine, and loratadine, administered orally at doses of 1 or 10 mg/kg showed similar maximum potencies (75-85% of wheal inhibition) 4-8 h after treatment. Levocabastine was the longest-acting compound (55% and 69% inhibition 24 h after administration of 1 or 10 mg/kg, respectively). Rupatadine, loratadine, and cetirizine behaved similarly, showing 34% and 58% inhibition at 24 h at the same doses. Dual PAF and histamine antagonist SCH-37370 exhibited mild anti-H1 activity, the maximum effect being 27% at 10 mg/kg. Pure PAF antagonists WEB-2086 and SR-27417 showed no effect against histamine-induced wheals. Only rupatadine, SR-27417A, SCH-37370, and WEB-2086 showed PAF antagonist activity, whereas pure antihistamines were inactive. The most potent PAF antagonist was SR-27417A, with a maximum effect of 56% and 80% at 1 and 10 mg/kg, respectively. Rupatadine and WEB-2086 antagonized PAF-induced wheal response, although they showed less maximum effect and shorter duration of action than SR-27417A. SCH-37370 exhibited only slight PAF antagonist activity at 10mg/kg. Overall, the histamine- and PAF-induced wheal model in dogs proved useful for independent evaluation of histamine and PAF antagonist properties of the tested compounds, as pure antagonists blocked the effect of only one of the mediators. Rupatadine was the only one of the seven compounds studied that showed potent dual activity against PAF and histamine. Protective effect of rupatadine fumarate in experimental conjunctivitis in guinea pigs. Ferrando R, Giral M, Balsa MD, Merlos M, Garcia Rafanell J, Forn J. Methods Find Exp Clin Pharmacol 1996; 18 (Suppl B): 140. XX Congress of the Spanish Society of Pharmacology and the IV Spanish-French Meeting on Pharmacology. Granada (Spain), September 18-20 1996. The topical antiallergic activity of the novel histamine (H) and PAF antagonist rupatadine fumarate (RF; UR-12592 fumarate) eyedrops was evaluated in comparison with loratidine (LOR) in a model of H-, PAF-or ovalbumin (OVA)-induced conjunctivitis in guinea pigs. From the results it was concluded that RF could be useful in the topical treatment of allergic conjunctivitis. (conference abstract). Conjunctivitis was induced by topical application of H (400 ug) or PAF (10 ug) in naive animals or OVA (140 ug) in actively sensitized guinea pigs. Drugs were administered as eye-drops (20 ul) 15 min before agonist or antigen provocation. Inflammation was scored (0-10 point scale) at 5, 15, 30, 60, 90, 120, and 150 min after induction. RF (0.001-0.01 % w/v) strongly and dose-dependently inhibited H-induced conjunctivitis, being about 20-fold more potent than LOR (IC50 values at 30 min were 0.0015 and 0.034% for RF and LOR, respectively). RF (0.05-0.2%) also inhibited PAF-and OVA-induced conjunctivitis, e g. mean scores (at 30 min), PAF: 6.8 and 4.2 for control and 0.1% RF, respectively; OVA: 7.2 and 3.8. LOR, at the same concentrations, inhibited OVA-, but not PAF-induced conjunctivitis.