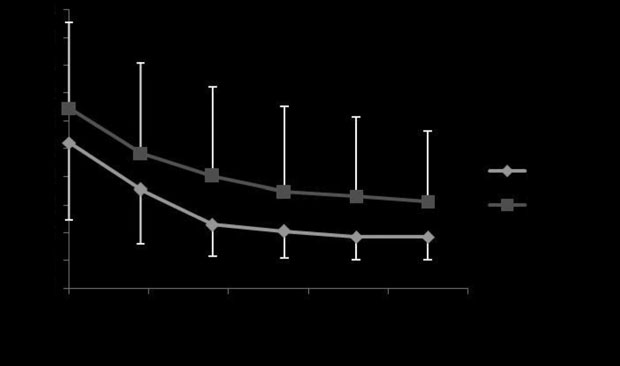 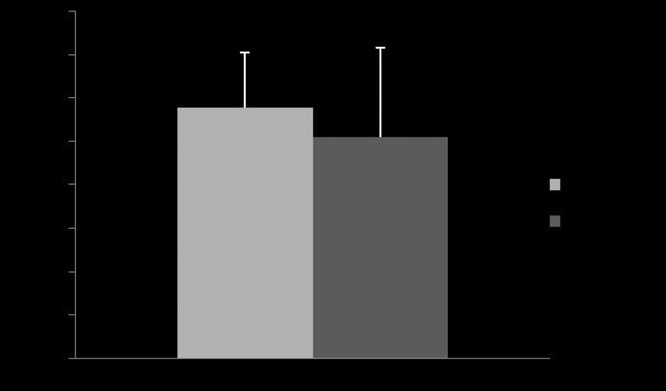 F. R. Bertin et al.
airflow, a mask was fitted around the horse's nose with a TABLE 1: Mean ⫾ s.d. maximal changes in pleural pressure (DPLmax),
pneumotachometer coupled to a pressure transducer that generated dynamic compliance (Cdyn) and pulmonary resistance (RL) recorded
with the mask before (pre) and at the maximum effect after (post)
a signal proportional to airflow. Output signals were recorded by administration of aerosolised albuterol
computer software as previously reported (Couëtil et al. 2001). Atleast 10 respiratory cycles from breaths devoid of artefacts were selected for analysis.
For each trial, baseline measurements of lung mechanics DPLmax post (cmH2O) including airflow, change in transpulmonary pressure (DPLmax) were Cdyn pre (l/cmH2O) recorded. Values for resistance (R L) and compliance (Cdyn) were dyn post (l/cmH2O) computed in accordance with the method described by Amdur and RL pre (cmH2O/l/s) Mead (1958). The mask was then removed and another baseline L post (cmH2O/l/s) DPLmax measured. The horse was then given 2 puffs (180 mg) ofalbuterol (Ventolin)3 using one of the 2 delivery devices and DPLmaxwas measured again 5 min later. This process was repeated until maximal bronchodilation was achieved (ⱕ10% difference between 2 consecutive doses) or a maximum of 10 puffs had been administered. After the last measurement, the mask was replaced and lung mechanics measured again. A dose-response-curve was constructed by plotting DPLmax vs. albuterol dose.
Calibration of flow and pressure transducers was performed once a day before each experiment using a 3 l calibrated syringe and a water manometer, respectively.
Mean ⫾ s.d. were calculated for data that followed normal Fig 2: Mean ⫾ s.d. maximal changes in pleural pressure (DP distribution and median (range) for data with non-normal Lmax) recorded without the mask before (0) and after subsequent administrations of distribution. Comparison of normally distributed data between aerosolised albuterol with Devices 1 and 2 (P = 0.26). treatment groups (Device 1 vs. Device 2) was made using a pairedt test. Other data were compared using a Wilcoxon signed ranktest. In particular, the albuterol dose that resulted in a 50% and maximum decrease in DPLmax from baseline and absolute and relative difference in RL before and after the last dose of albuterolwere compared between the 2 aerosol delivery devices. Changes in lung function variables (DPLmax, RL, Cdyn) between baseline and at the time of maximal bronchodilation were compared between treatment groups (Device 1 vs. Device 2) using repeated measuresANOVA. Post hoc tests were used when appropriate. Significance was defined as P<0.05.
All the horses met the inclusion criteria within 3 weeks of exposure to the dusty environment. The median clinical score before lung Fig 3: Mean ⫾ s.d. percentage of reduction of initial maximal changes in function test was 16/21 (9–19). Lung mechanics (DPLmax, RL and pleural pressure (DPLmax) after subsequent administrations of aerosolised Cdyn) before administration of albuterol were not statistically albuterol with Devices 1 and 2 (P = 0.39). different between the 2 treatment trials (P = 0.51, P = 0.88, P = 0.79,respectively). Lung mechanics (DPLmax, RL and Cdyn), after the significant further reduction of mean DPLmax was observed by maximum effect on DPLmax was reached by administration of increasing the dose beyond 540 mg. However, the response was albuterol with either spacer, were not statistically different very variable from one horse to another. Among the 20 tests (P = 0.27, P = 0.20, P = 0.46, respectively; Table 1).
performed, maximum reduction of DPLmax was achieved after 2 Albuterol administered by both delivery devices induced a puffs in 4 tests (3 with Device 1 and one with Device 2), after 4 significant decrease in DPLmax (P<0.001), a significant increase puffs in 2 tests (one with each device), after 6 puffs in 8 tests in Cdyn (P<0.001) and a significant decrease in RL (P<0.001).
(2 with Device 1 and 6 with Device 2), after 8 puffs in 4 tests Albuterol administered by both delivery devices induced a dose- (all with Device 1) and after 10 puffs in 2 tests (all with Device 2).
dependent response and the responses were not statistically The absolute and relative reduction in RL following different between devices (P = 0.26; Fig 2). There was no statistical administration of the last albuterol dose tended to be higher difference between the maximal reduction of DPLmax observed with with Device 1 (1.10 [-0.07–3.31] cmH2O/l/s; 65.1 [7.9–89.0]%; albuterol administered with either mask, either in absolute value (P P = 0.066) than with Device 2 (0.68 [0.61–1.99] cmH2O/l/s; = 0.44) or in percentage of reduction (P = 0.39; Fig 3). The mean 53.7 [20.0–79.1]%). The absolute decrease in RL post albuterol dose required to reach the plateau effect was 540 mg (6 puffs). No challenge was greater with Device 1 in 6 horses but greater with 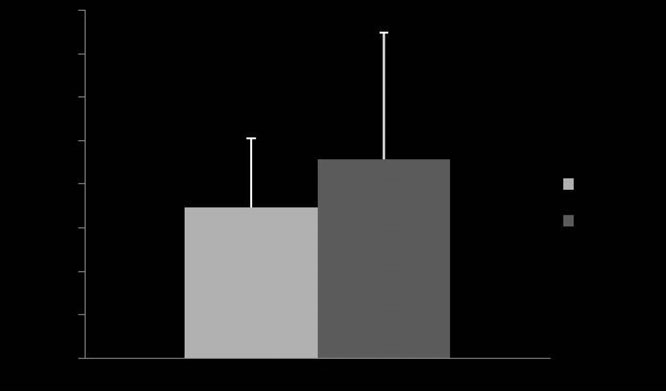 MICUSP Version 1.0 - BIO.G0.11.3 - Biology - Final Year Undergraduate - Male - Native Speaker - Report Introduction Numerous types of fungi are able to infect the eye, including Fusarium, Aspergillus, Curvularia, and Candida (4). The fungus responsible for the recent outbreaks of keratitis (infection of the cornea) due to ReNu MoistureLoc use is thought to