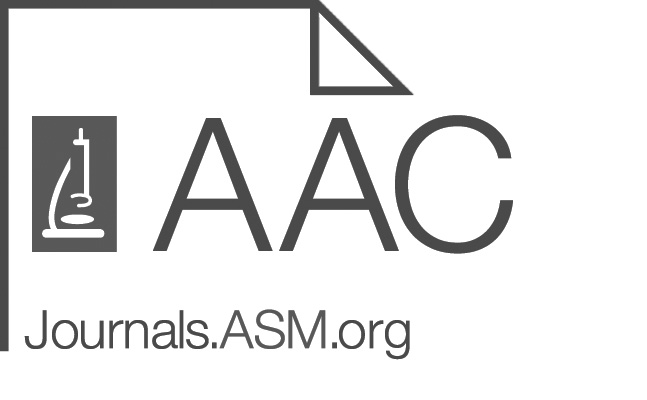 Lack of Association of the S769N Mutation in Plasmodium falciparum
SERCA (PfATP6) with Resistance to Artemisinins
Long Cui,a Zenglei Wang,a Hongying Jiang,b Daniel Parker,a Haiyan Wang,c Xin-Zhuan Su,b and Liwang Cuia
Department of Entomology, The Pennsylvania State University, University Park, Pennsylvania, USAa; Laboratory of Malaria and Vector Research, National Institute of Allergy and Infectious Diseases, National Institutes of Health, Bethesda, Maryland,USAb; and Department of Statistics, Kansas State University, Manhattan, Kansas, USAc The recent emergence of artemisinin (ART) resistance in Plasmodium falciparum in western Cambodia, manifested as delayed
parasite clearance, is a big threat to the long-term efficacy of this family of antimalarial drugs. Among the multiple candidate
genes associated with ART resistance in P. falciparum, the sarcoplasmic/endoplasmic reticulum Ca2ⴙ-ATPase PfATP6 has been
postulated as a specific target of ARTs. The PfATP6 gene harbors multiple single-nucleotide polymorphisms in field parasite
populations, and S769N has been associated with decreased sensitivity to artemether in parasite populations from French Gui-
ana. In this study, we used an allelic exchange strategy to engineer parasite lines carrying the S769N mutations in P. falciparum
strain 3D7 and evaluated whether introduction of this mutation modulated parasite sensitivity to ART derivatives. Using three
transgenic lines carrying the 769N mutation and two transgenic lines carrying the wild-type 769S as controls, we found that
S769N did not affect PfATP6 gene expression. We compared the sensitivities of these parasite lines to three ART derivatives, arte-
mether, artesunate, and dihydroartemisinin, in 18 biological experiments and detected no significant effect of the S769N muta-
tion on parasite response to these ART derivatives. This study provides further evidence for the lack of association of PfATP6
with ART resistance.
Artemisinin (ART) and its derivatives play an indispensable inducedtemporaryarrestofgrowth(dormancy)atthisstage
role in the malaria elimination/eradication campaigns cur- Whereas this may partially explain the prolonged parasite rently being unfolded in many regions where malaria is endemic.
clearance observed in clinical studies the possibility of host To reduce the chance of resistance development and prolong the factors that may play a crucial role in determining prolonged par- life span of this group of drugs, the World Health Organization asite clearance times observed in vivo has not been investigated (WHO) has endorsed ART-based combination therapies (ACTs) In addition, it has been proposed that ARTs may interfere as the first-line treatment for Plasmodium falciparum malaria with the mitochondrial function of the parasite Other Since the adoption of the ACT policy in many regions where P.
postulated cellular targets of ARTs include the multidrug resis- falciparum malaria is endemic a trend of steady reduction in tance 1 (mdr1) gene, ABC transporter genes G7 and G49 global malaria incidence has been observed However, the translationally controlled tumor protein and the sarcoplas- recent detection of emerging low-grade resistance to ARTs in mic/endoplasmic reticulum Ca2⫹-ATPase (SERCA) ortholog western Cambodia, manifested as delayed parasite clearance, has PfATP6 In rodent malaria caused by Plasmodium chabaudi, a raised a major concern The Greater Mekong Subregion mutation in the deubiquitinating enzyme ubp-1 has been mapped (GMS) has been an epicenter of drug resistance, and resistance to as a determinant of experimentally selected ART resistance chloroquine (CQ) and pyrimethamine has spread from there to Despite these proposed targets, no definite genetic determinant of Africa Therefore, an analogous spread of ART resistance Plasmodium sensitivity to ARTs has been identified so far. More- from this region would be a disaster. As WHO has been gathering over, none of these candidate genes appears to be responsible for resources for eliminating and containing ART-resistant parasites the observed ART resistance in western Cambodia surveillance efforts have intensified in the GMS, where ART The proposal of PfATP6 as the primary target of ARTs in ma- use has the longest history. Meanwhile, research aimed to deci- laria parasites was initially based on the structural resemblance of pher the underlying mechanisms of ART resistance has become a ARTs to thapsigargin, a specific inhibitor of mammalian SERCAs.
Since PfATP6 is the only SERCA-type Ca2⫹-ATPase in the malaria ARTs contain an endoperoxide bridge that is essential for the parasite's genome, it was evaluated as the target of ARTs. When parasite-killing activities Although the structure of ART was expressed in Xenopus laevis oocytes, PfATP6 can be specifically solved over 3 decades ago, the mode of action of this group of inhibited by ART as well as thapsigargin Modeling of drugs has not been unequivocally determined The PfATP6 and docking simulations suggest that ARTs bind to most-studied model suggests that heme-mediated activation ofARTs results in C-centered free radicals that alkylate biomoleculesin the parasite, leading to parasite death Evidence Received 13 October 2011 Returned for modification 5 December 2011 supporting the involvement of heme in the action of ARTs in- Accepted 9 February 2012 cludes antagonistic actions of iron chelators and the requirement Published ahead of print 21 February 2012 of hemoglobin digestion for the activity of ART This also Address correspondence to Liwang Cui, [email protected]
correlates with the tolerance phenomenon of ring-stage parasites Copyright 2012, American Society for Microbiology. All Rights Reserved.
to ARTs, when hemoglobin digestion activity is low. The reduced metabolic activity at the ring stage is reflected further in ART- Antimicrobial Agents and Chemotherapy 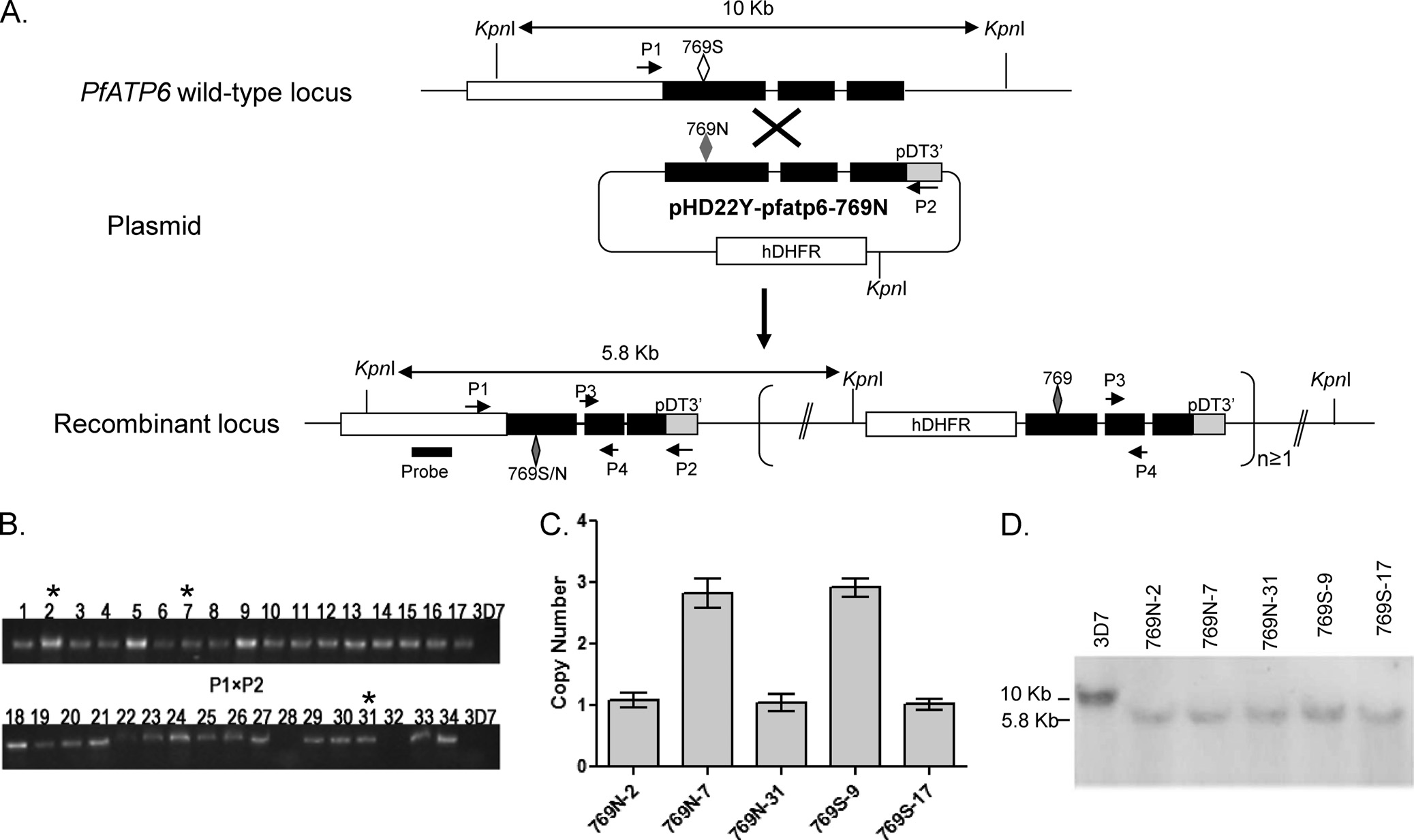 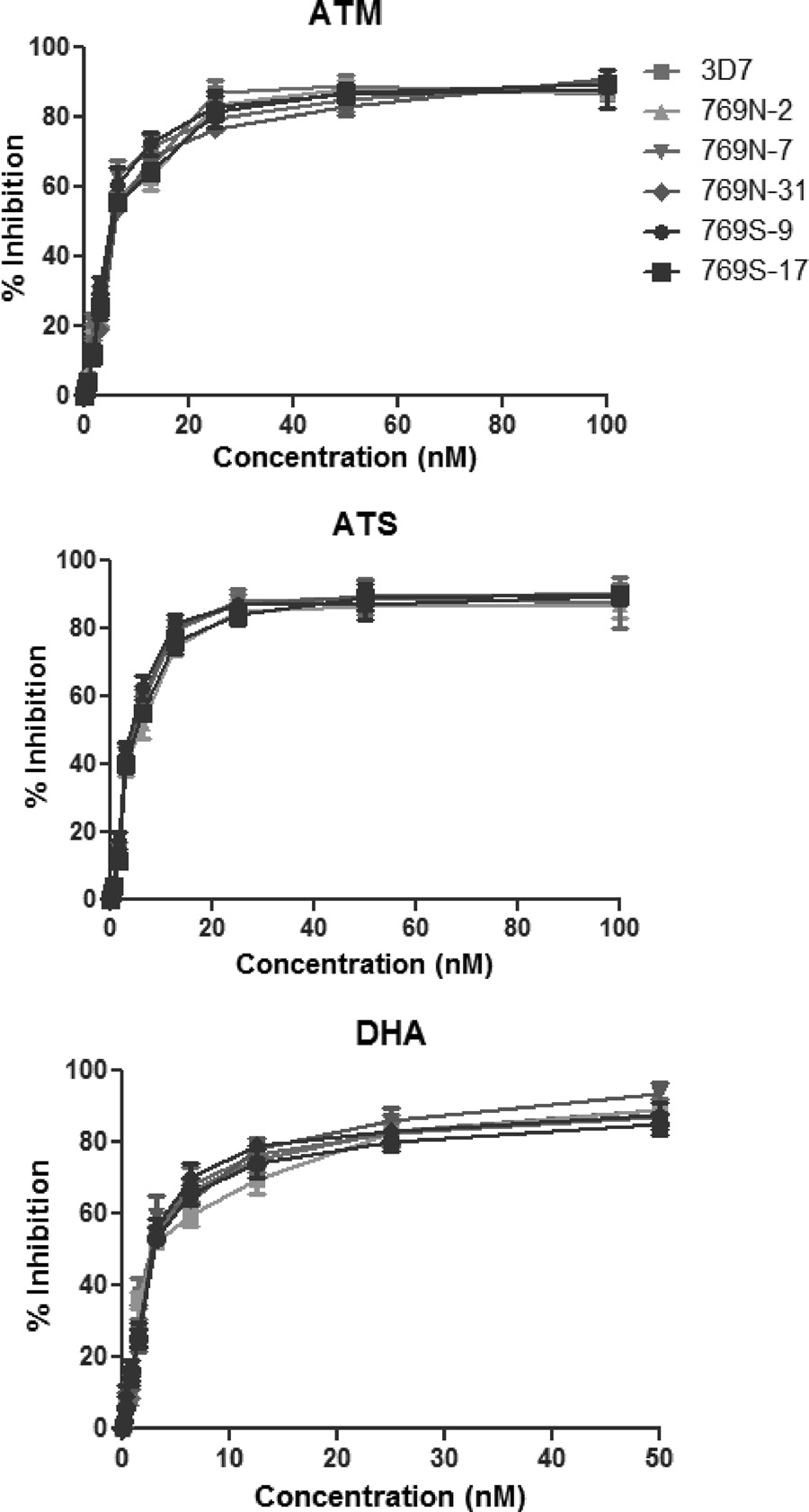