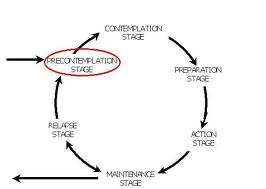  Transtheoretical model ; for brief psychotherapy , the client MUST be in the action stage. Mr X was in the action  This is the 7th Month that he has stayed
 He left chewing the nicotine gum and has
no craving for tobacco as well as alcohol.
 I call it a work in progress as the client is
not two years clean which is the
recommended period to say the client is
clean. He has also gone back to work
and is intending to get married.


Limitation
 The case study is still undergoing and other
factors have to be addressed to confirm
whether it is the brief psychotherapy and the
NRT or other factors like employer support,
family support or the guilt of his cousin's
death. It will be good to go beyond and try to
see the benefits combined brief
psychotherapy & pharmacotherapy in drug
addiction management and may be employ
it in our health care system.
Conclusion
 No single treatment has been found
adequate but individualized treatment
has been found to benefit more clients.
THANK YOU PLEASE CLAP FOR ME