Characterising patients and controls with brain
graphs constructed from fMRI data
September 28, 2012 Systems Biology DTC University of Oxford Network science is a novel method of investigating the structure and function of the brain. We used network analysis in an attempt to distinguish between braingraphs constructed from fMRI data from patients and controls. The nodes in thebrain graphs are spatial regions of interest and the strength of their connectionis the correlation of the blood oxygen level-dependent (BOLD) signal of pairs ofnodes. The first data set contained little temporal information, so we performeda spectral clustering method on the communicability networks generated fromthe data. We found that there was some distinction between healthy and brain-damaged individuals. The second data set contained time-series data, whichallowed us to construct time-dependent adjacency matrices. The patients werediagnosed with schizophrenia, and the data was taken with the patients andcontrols taking the drugs Aripiprazole, Sulpiride, or a placebo. We performedtime-dependent community detection on the multilayer networks and the meanflexibility of the network was found. We found that for all drugs, the controlshad a higher mean network flexibility than the patients.
The application of network science to neuroscientific data offers a novel way of in-vestigating the structure and function of the brain. A benefit of network science isthat it can be used as a framework to study a variety of disciplines. It has been foundthat graphs constructed from data from disparate scientific fields can have similarorganisational properties and parameters, and so network science has been success-fully applied to information science, biology, and many other areas [4]. Brain graphscan be constructed from a wide range of modalities including neuroimaging data(MRI and fMRI), electroencephalography (EEG) data, and magnetoencephalography(MEG) data. The abstract tools of network science are useful for summarising oftenlarge data sets to identify key features and important brain regions [17].
This report details an investigation on brain graphs constructed from fMRI data from healthy and unhealthy individuals. The first data set contains no temporalinformation, and I apply the graph measure of communicability [8]. The seconddata set contains temporal information and I apply dynamic community detection[18]. Such measures of the organisation of a brain graph allow the geometry of onefunctional brain graph to be compared to another. Communicability is a measureof the ease of information flow around a network that takes into account the non-shortest paths between nodes as well as the geodesics [6]. Spectral clustering oncommunicability networks has been shown to distinguish between fMRI data fromstroke victims and healthy individuals [7], and has also revealed the brain regionsresponsible for the dissimilarity in networks.
Communities are mesoscopic structures in the network that are defined as groups that contain nodes that are more densely connected amongst themselves, with sparserconnections between groups. This measure has been developed in order to investigatethe evolution of community structure in time dependent and multiscale networks[18].
Transforming neuroimaging data to brain graphs
Graph data is presented in the form of nodes that are associated by edges, the mag-
nitude of which describes the connection between the nodes, such as the coherence
or correlation. This connectivity can be summarised in the form of an adjacency ma-
trix A, where Aij ∈ [0, 1] and is the strength of the edge between node i and node j.
Various processing steps must take place to represent real-world neuroscientific data
as a structural or functional brain graph [4].
A structural brain graph that represents the anatomy of the brain can be gen- erated by modalities such as diffusion tensor imaging and histology. A functionalbrain graph measures the functional connectivity of the brain and EEG, MEG andfMRI are used as modes of data acquisition [5]. In this report we will be focussingon functional brain graphs. Graph representations of human brains are only an ap-proximation of the underlying system, as these methods do not detect the activity ofsingle neurons. The term coined for the complete map of structural and functionalneural connections in vivo is the connectome [22]. The only species to have a completeconnectome is C. elegans, which has around 300 neurons and 7,600 synaptic edges [5].
The human connectome by comparison has been estimated to have 1011 neurons and1014 synapses [25].
Nodes represent brain regions, and ideally they should be independent and inter- nally coherent in terms of anatomy or function, depending on whether a structuralor functional network is being created. Functional nodes are defined from fMRI datausing brain mapping methods and parcellation schemes. This is the delineation of thebrain into parcels using a common approach or set of criteria [9]. The choice of par-cellation scheme is influential on the resulting network properties, as is the choice indefining the connectivity between nodes [5]. The data used in this study has definednodes as spatial regions of interest (ROIs). The activity at each node is measured asblood oxygen level-dependent (BOLD) signals.
The edges between nodes are generated by measuring the association between nodes, which could be by measuring the correlation or coherence between time seriesof pairs of nodes. Choices can also be made when producing the adjacency matrix.
Once the connectivity between the nodes has been found, the connection betweennodes can be tested for significance and then thresholded such that Aij < τ = 0. Itis also possible to have binary adjacency matrix such that Aij ≥ τ = 1[5]. Although 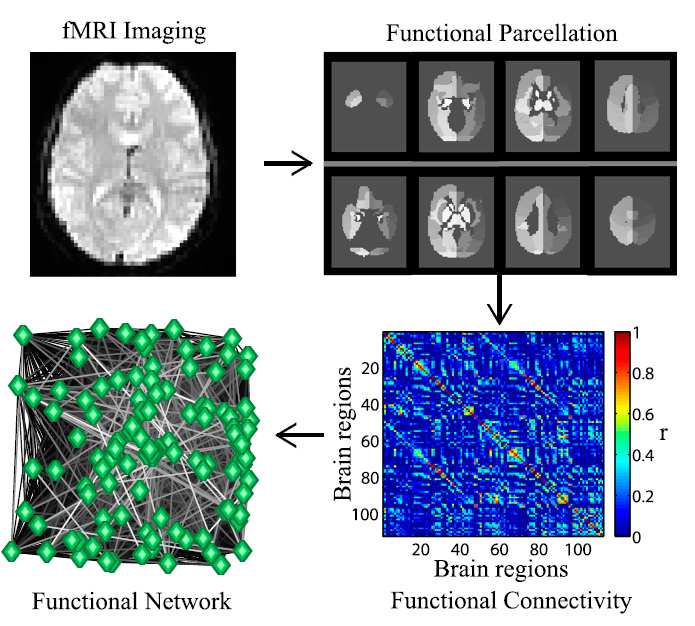 Figure 1: Multiple steps are needed to go from data acquisition to producing the finalfunctional brain graph, and each choice has effects on the final network. Once the methodof brain measurement has been chosen, the next step is to define the network nodes. In thecase of fMRI, this can be done using parcellation schemes. This is the delineation of the braininto parcels using a common approach or a set of criteria [9]. The association between nodesmust be calculated; with fMRI data this can be done by measuring the pairwise correlation inBOLD (Blood Oxygen Level-Dependent) signal. The resulting network can be presented ina weighted form or be thresholded to produce a binary matrix. This figure is from Ref. [17]and is used with permission.
this simplifies the adjacency matrix, it also results in a loss of information. The datasets used in this study have been thresholded and kept as weighted. Since the edgeswere defined through measuring correlation, the resulting matrices are symmetric,but there are ways of measuring the connectivity that results in a directed network,such as Granger causality and Bayes net methods [24].
The potential for the modality of the neuroscientific data, the experimental design, preprocessing steps, and network construction to affect the resulting brain graphmeans that comparison between results from analysing brain graphs from differentdata sets must be treated with caution.[14] The brain is a dynamic complex system that evolves over multiple time scales. Itexhibits phase-locked electromagnetic oscillations over a range of frequencies [5]. Toput the time scales into perspective, the firing of an action potential in a neuron takes 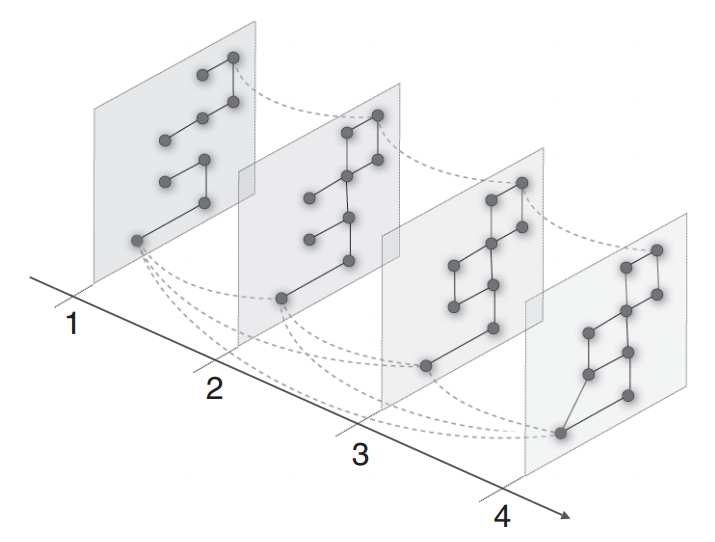 ‘Reflection' Gold Show Garden call of the wild A sophisticated palette with wispy grasses, including Panicum ‘Heavy Metal' and P. virgatum, creates a carefully orchestrated wild and casual planting style for this design. Silver and white, with accents of pink and yellow, contrasts with the boathouse, which is clad with Oregon timber that has been burned to create